AFROPHONICS - is the term the charismatic Dr Sello Galane uses to call the Afrikan genre that is usually grouped under Jazz. Many South African musicians have refused to be associated with Jazz. Not that they hate Jazz. It's just a matter of Originality and Identity.

“My understanding of Jazz in South Africa, why this brand, I found that it makes people look cool. It is seen to be progressive and moving with the times. Even people who know they are not playing Jazz, when they are given the term Jazz, they keep quiet. That’s because it works well for them, their profile, they will be reported on,” Galane said.

Galane calls his own genre Kiba music, which falls under Afrophonics. This Kiba music of (northern) amaNdebele and Bapedi originates in the mines. You could say it is the Music of the Mines. But Galane explains that it didn't stay in the mines. It moved from there to the villages, townships and cities and back to the mines. It took the personality of the people it travelled with and those it touched and the places at which it rested. Galane explains Kiba thus:

“The idiom of Kiba people took from Polokwane to the mines got changed. They had to sharpen it to compete in the mine arenas. The music travelled back and forth and each time it came back from the cities it was tighter, edgier and had new elements — from in-dlamu, from Malawian music and so on." 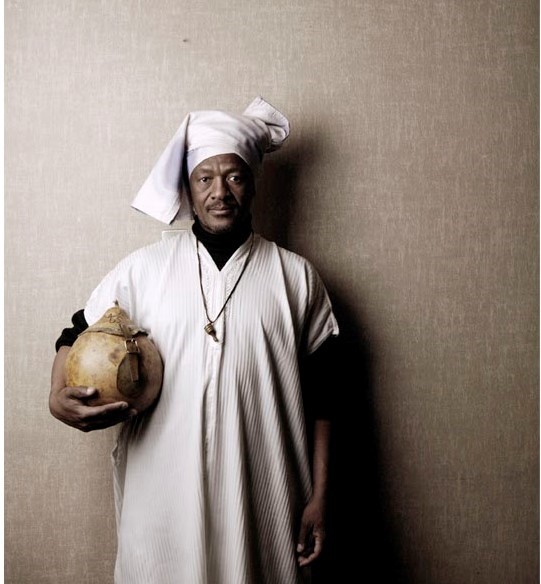 He's not alone in Afrophonics. There is the indefatigable multi-instrumentalist Tlokwe Sehume. He calls his genre Mmino wa Thaba (Music of the Mountain). He is profoundly deep. This is how Sehume describes his music:

"It is deeply rooted in African spirituality and inspired by the true connection Africans have with their ancestors. It is not music we just make for the sake of making music because you have instruments; even the drums we use have to be very specific so that the sound produced means something more than just what you hear with your ears. That is why I do not write music. This music comes to me spiritually and that’s when I start playing."

Both Galane and Sehume admit to the Malombo influence. Over and above that, these two Towers have been touched by Biko. We pay homage to both of them for celebrating their Blackness and proudly sticking to their Originality.

If the two Towers of Indigenous Sounds have not made money out of their calling, the explanation is given by the legendary Dr Phillip Tabane on pointing out the difference between him and Miles David: "He plays to make money, and I play for the spirit".