Kanya Cekeshe and the False Spell of Freedom

"Oppressed people cannot remain oppressed forever. The urge for freedom will eventually come. This is what happened to the American Negro. Something within has reminded him of his birth right of freedom; something without has reminded him that he can gain it. Consciously and unconsciously, he has been swept in by what the Germans call the Zeitgeist, and with his black brothers of Africa, and his brown and yellow brothers of Asia, South America, and the Caribbean, he is moving with a sense of cosmic urgency toward the promised land of racial justice." - Martin Luther King Jr.

Five years ago, I relocated to Cape Town for academic purposes. The city serves as the central exhibition of whiteness and all its western uncultured culture. Western culture is grounded in oppression, racism, patriarchy, homophobia, sadism and anti-black exploitation. When I arrived, it was whiteness all over the place. I only saw the faces of a few Black people, with most to be seen through the white man's face. Coming from a deep rural area in KwaZulu-Natal, it all seemed a blur - equivalent to a misty morning for I had no lens to understand what was unfolding in front of me.

It was only when I got enrolled at an institution of higher learning wherein I received spectacles to see beyond the white man’s fallacy of equality and freedom. It all happened through endless nights out with forever-questioning friends as we walked and spent much of our time in the unceasingly busy Lower Main streets of Observatory. Day and night, we had rigorous debates in our residential rooms at as we were trying to find meaning for what was happening in our society. We engaged in debates which were disturbing to me at the time - questioning God's lack of presence in the lives of Black people as they struggled for survival on a daily basis from an unforgiving sword of exclusion and exploitation from the white man's system. Before much time, the picture was painted in my mind and the well-formulated and colourfully decorated lie of freedom could no longer be effective on me. “To murder somebody, bury his body, then grow flowers over the body to conceal it", this is when I believed this wonderful Persian expression has been practically applied in this country. Haven't we been sold the lie of some beautiful freedom yet we live in the opposite?

In 2015, Black youth were reminded of their inherent yearning for justice and freedom. Black students, from 2015 up to this day, have relentlessly, asked political and philosophical questions that remain unaddressed. The grand corruption of 1652 still haunts this land just as much as it did on the arrival of Western criminals. Cecil Rhodes refuses to die, maybe we should consider planting trees on top of his grave and water them every day using the spirit of Black Power running hot and fast in our veins.

During the 1976 uprising, radical Black youth took to action the struggle left unfinished by their forebears and past generations. In 2015, an organic movement from #RhodesMustFall to #FeesMustFall successfully pumped life back to the empty shells of young Black people who were lost lions who had to be lost a thousand times to be found: sadly, many remain unfounded. How deep do we have to look in this dark abyss of being-black-in-the-world to find them?

The student protests introduced new hope that could only be found in resistance. Black theology suddenly became the breathing fire to the believers and those who could see the God of love, justice and hope present in the struggles of Black people. The Black radical tradition with its prophetic fire found its voice in some corners of the Black resisting students. Concurrently, the songs of Black Consciousness and the Pan Africanist bloc had again found their place in the struggle for Black freedom. The dream of Bantu Biko and Mangaliso Sobukwe for Black people's liberation got louder than the dream of reconciliation without justice which had Nelson Mandela as its face. People could now start seeing beyond the farce of the 1994 project. The continuity of a fight against oppression, the restoration of humanity and dignity for all humans was reactivated with young fresh youthful blood. Our love starts with Black people, for our love is great but at all times, we have to start with Black people and fill the vessels at home before we get out there. Our radical love!

The dead hope in me was brought back to life by this experience, and that's something I had never anticipated. A new young Black man was found in me, and a new struggle for liberation was created through me, and there was fire burning in my bones, thoughts in my mind, and courage in my soul. I had to start fighting for my liberation.

When one thinks of this radical change in our worldview as Black students, one cannot help but recall a phrase attributed to Fedric Jameson and Slavoj Zizek, that "it is easier to imagine the end of the world than it is to imagine the end of capitalism". It is during this period that as we waited to reach God's eschatological realm, we decided to fight for his Will of justice and freedom while on earth. We could see beyond the chains of capitalism through the experiences and the teachings of the Black Radical Tradition. 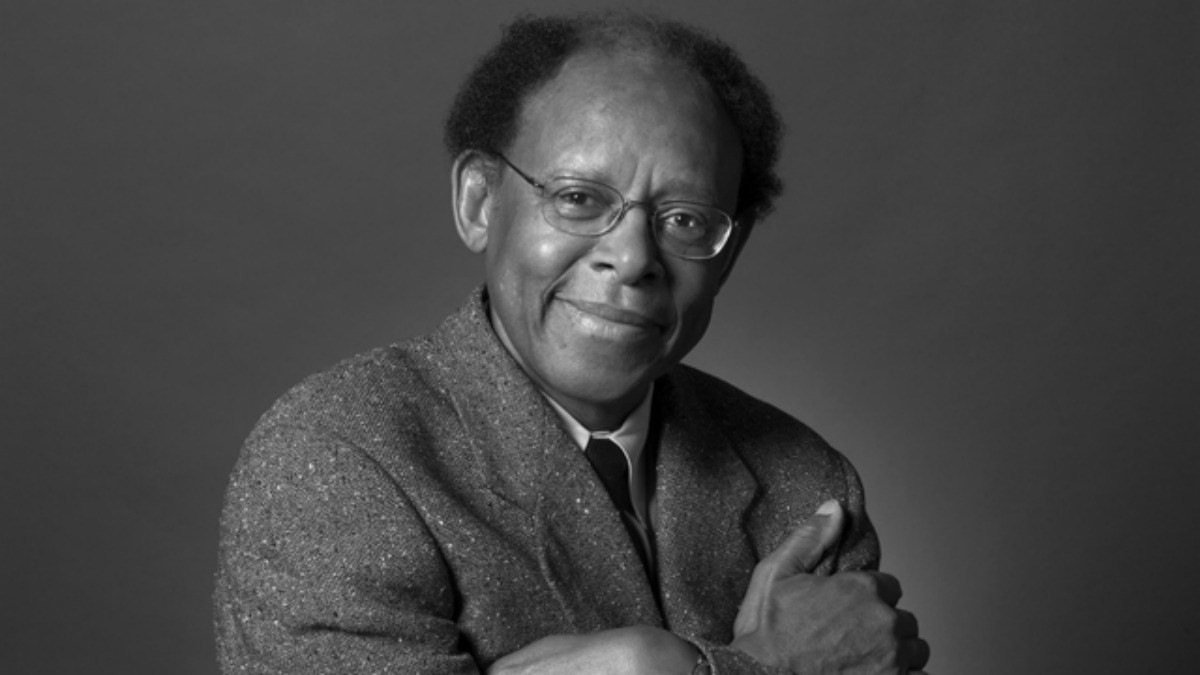 On 16 December, as the nation celebrated what white's wittily call “Reconciliation Day”, I questioned, what does reconciliation entail in an antagonistic existence between the oppressor and the oppressed? Surely, there can be no reconciliation without justice. Only when the news broke on the possible release of a #FeesMustFall activist, did the day truly speak sense to me. His release came as a result of a strong campaign against his conviction. His only criminal act was to remind the sitting government to implement its policy on Free Education for all. Long Live Kanya Cekeshe!

Has the ANC shifted so much from being a liberation movement to being some white man’s remote controlled group that it even punishes senselessly those who constantly remind it of its raison d'etre? Talk of White Monopoly Capital (WMC) in this country, they have mastered the art of creating a self-reproducing system that functions from the theatre via our TV screens to the pulpit on Sunday services. I heard that some Ministers, both Black and white, have been claiming that God cannot be present in violent protest for they go against the teachings of love and peace by Jesus Christ. White theology cannot speak or find a space to breathe in the struggle of Black people, for through the lens and tools of analysis of Black Liberation Theology, we have found new ways to reconnect with our God and continue with the fight for justice and liberation.

Why have we, us Blacks, assisted white people by being ready vessels for their white theology in disguise of a non-existent colourless theology? We have also availed ourselves in uncritical thoughts to be evangelists of a theology that is kept within scholars and as an abstract privilege that only finds existence in academic jargon and long papers written with a goal to reach European intellectual standards.

The unity in action that has forced the State to release Kanya Cekeshe gives me hope for a better tomorrow, where I won't be persecuted and beheaded for being Black in the world. I'm hopeful that Black people will someday soonest completely do away with the system of oppression and exploitation; a system that has given birth to chronic sufferings from diseases to hunger and uncertainty, both economically and politically. If this is not a sign that the power vested in young Black people remains intact, then I think God himself will have to descend from the Heavens and baptise the colonizers and racists off the African land with fire.

As Professor Cone once said: “If our long history of struggle has taught us anything, it is that if we are to be free, we Black people will have to do it. Freedom is not a gift but is a risk that must be taken. No one can tell us what liberation is and how we ought to struggle for it, as if liberation can be found in words. Liberation is a process to be located and understood only in an oppressed community struggling for freedom.”

A Poem:
So God help us,
So that the oppressed get liberated,
So the wretched of the earth finally reach the era of freedom,
Before my body becomes a feast to worms,
And the dust returns unto dust,
Before some whites discover gold or coal and dig it exactly under my forebears’
graves, So God be with me in Paradise,
If you stood with David,
You shall be with me too,
If you walked with Moses out of the land of slavery,
You shall walk me out of the yoke of colonialism and capitalism too,
Your love remains my guider,
Keep strengthening us in our struggle for liberation and justice.

- The white man represents a patriarchal society to the core, such that the man is regarded as the barometer of success and greatness. I write this unchanged nor sugar-coated to show raw the evilness of the Western traditions deeply imbedded at the central point of its fallacious [undemocratic] democratic values.

- When I enrolled at the University I was an orthodox Christian who never saw the faults of white theology and its indifference when it comes to the struggle of the oppressed. Only later when I could see Black people's lives in the cross did I find these questions vital and felt the imperative of the constructive criticism to the Black church on its societal role. Drastically, Black theology shaped my thinking on the church and the key role it plays in society. This has also helped me to dangerously question the congruency of Christianity with capitalism.

- See Mark Fisher, Capitalism Realism: is there no alternative? p. 1.

1
Kanya Cekeshe and the False Spell of Freedom

The Blacks of Durban