I am in my early thirties with a mild case of cranial hair loss, OCD and a penchant for the finer things in life. I have not always been employed, nor have I always valued the explosive texture of finer thirst-quenchers that my backward friends often refer to as corrosive and bitter.Understandably, they are from the dusty streets of somewhere, where the most exclusive inebriant is a pint of bootlegged larger, found in watering holes fraught with risk much like Mike’s Place down the road from my folks’. Like domesticated felines, Mike’s Place is purported to have nine lives with its surviving several attempts of closure at the hands of the Mayoral delegation for reasons inappropriate for this platform. 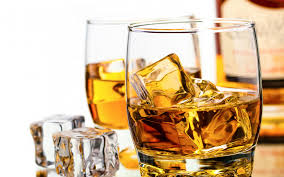 I have over the years grown fond of frequenting jazz salons solely because of my palatal discovery of a nobleman’s drink, whisky. Realising that it was not a drink for the yonk’insiph’ iyawasha brigade whose sole ambition is inebriation beyond all comprehension, I was further drawn to its complex yet modest melange of flavours. Any whisky drinker will tell you, whisky is a multifaceted drink for sophisticated folk. Sophistication, like the drink is multi-layered and often involves cranial hair loss, the appreciation of fine fabric and tobacco rolls - all indicators of wisdom beyond age, well, purportedly. Naturally, these are equally indicators of geezerhood. I’m not yet there but have often been lambasted by ou toppies van Gomora whose closets know nothing less than scotched apparel as they wittie, recollecting memories from days yonder when they were the real matwetwes wat rond gestap met ncaa mathatas in one arm and thwas in the other; the sort of stuff Little Harlem was made of. These days hulle pholadapho-pho in nameless speakeasies less frequented by the saggy pants brigade, dousing themselves in the finest whisky on offer.

If this description of a whisky drinker is anything to go by, laaities are indeed the least considered for candidacy of this club’s membership.That said, I do not imagine there is a hovel in South Africa today that is home to a whisky cabinet beaming with a selection of the finest bottles our markets have to offer. Call me insolent but like golf, whisky is an expensive hobby. This was apparent in the nouveau riche turn out at the Whisky Live Festival held recently at the bourgeois Sandton Convention Centre. Not even a R160 entrance fee could draw the Lion Larger quart wielding crowd from my hood down the road to what was a momentous occasion for my likes. 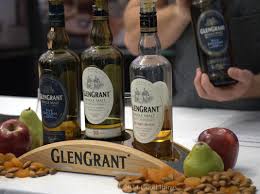 The event attracted a myriad of whisky lovers from all corners of Johannesburg, ready to begin their weekend. While the clean shaven pink shirt collective never disappoints, the hipster crowd made an appearance too. Set up in a filled to capacity ICC, the venue boosted 36 stands representing countless distilleries from around the world including Uber that’s had billions of global citizens and their governments drunk in love a short moment ago. Mineral water giant Valpre made an appearance too fighting a David and Goliath battle of sobering patrons up at no cost. Such events of course do not go on without auto teller machines being erected nearby for shopping convenience as fragrance brands such as Michael Kors and Aramis that sell at a cool R1500 per bottle came out for the night. A call to seek out a distillery called Breast set the tone as colleagues ogled all the single lasses being dropped off by a myriad of shuttles instead of drinking – ehm, tasting I mean. Rummaging through the venue looking for Breast, the Scottish section proved more popular as we activated our evening with a tangy yet crisp 10 year old Scottish malt, Glen Grant. Undoubtedly the best Scotland has to offer, it is said to have been dreamt into existence by a 25 year old James ‘The Major’ Grant who interestingly introduced the tall slender stills and purifiers that created the fresh malty flavour and clear colour the malt is known for today. Bursting with distant citrusy, vanilla and butterscotch flavours, the Glen Grant stand proved difficult to walk away from. It is no wonder it is Italy’s biggest selling single malt Scotch whisky brand besides being owned by the Italians themselves of course. Shunning the South African populist in blended whisky, Chivas Regal, we drifted towards another leader in Scottish malts, Balblair. Caressing the 1989 vintage that won a Gold Medal and was judged “Best In Class” in the 2007 International Wine & Spirits Competition, one is met with packed spicy and orange flavours that leave your nether region rather fragile. This explains why it was recommended by Ian Buxton in 101 Whiskies to Try Before You Die, the Balblair 1989 vintage should be every man’s wet dream. Not described by its age but by its vintage year, Balblair is rightfully in a class of its own. 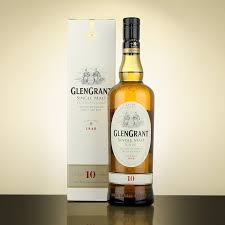 Between banters about WAGS, infidelity, marriage and patriarchy as we drunkenly scoured the venue in all its bourgeois glory, we finally landed at the Breast stand that seemed plenty popular with tasting queues of 1994 election proportions. It turned out to be an Irish Distillers’ single pot still type named Red Breast. Unmistakably fruity and mildly spicy, the 15 year old left most of us in a pulp as we mindlessly wondered when we’d all stopped tasting and actually began drinking because at that point, we weren’t a pretty sight to look at. In the two hours of tasting we could have easily been mistaken for sods who had started much earlier at Mike’s Place. Thankfully, past two glasses nobody gives a toss as everyone becomes fit for any fashion runway anyway.

I could not leave of course before I thanked my ancestors through the much beguiled J&B Jet. It is the reason I’m on this Whisky sojourn after all. As we bumbled our way out at the end of the evening, I heard someone say same time, same place next year, and I realised It was a grand event for grand laaities who lost their sophistication somewhere between the Glen Grant single malt and Michael Kors’ rather pricey fragrances.