"There are seasons in every country when noise and impudence pass current for worth; and in popular commotions especially, the clamours of interested and factious men are often mistaken for patriotism.” - Publius Letter II, Alexander Hamilton, October 1778.

In my baptism into political economy (not economics), in 2007, I was introduced to a notion of the 'minerals energy (finance industrial) complex'. Well, there were many analytical and theoretical frameworks thrown around to make sense of the South African social formation, including but not limited to, Nicos Poulantzas' thesis of the 'fractions of capital', Harold Wolpe's Articulation of the Modes of Production, and of course the Communist Party's thesis of Colonialism of a Special Type.

The proponents of the minerals/energy/finance/industrial complex were people like Ben Fine. Well, at first, it was mere big English, but later on it made sense (and perhaps the former was because these debates took place more in the academy). And then I began to understand, to a certain extent, the nature of the prevailing power relations in SA.

I came to understand that this complex consists of white males who control the SA economy — from finance to arms. In the context of such a reality, [the] BEE policy became nothing else but a search for a niche in the prevailing power structures by the 'aspirant Black bourgeoisie', hence their inability to constitute a radical break from the economic logic of the old order.

It has therefore become a palpable reality, at least for those who care to see, that one of the implications of finding a niche in such (unequal) power relations is that SA has failed, among other things, to produce Black industrialists. The country has rather created a coterie of Black people who claim to be in business, yet tragically survive at the mercy of the white power structure — that is, they carry out 'their' affairs according to the dictates of monopoly capital; under the iron command of arrogant and racist white males.

As such, the real intricacies (and benefits) of the economy are the exclusive preserve of the white male minority. To put it plainly, the economy is the playground of the settler-colonial, anti-Black, racist, patriarchal, capitalist elite. The deals that are struck, or arrangements that are made — between that coterie of Black people and the settler-colonial, bourgeoisie power structure —merely, yet tragically, paper over the cracks in SA’s social and economic formations. They therefore represent an antithesis to efforts aimed at the radical transformation of the economy, and thereby to authentic national development.

We thus come to have a Black elite that does not understand the nuts and bolts of the economy, but merely gleefully, yet naively, basks in the glory of share-holding and occupying Non-Executive directorships in white-male-controlled boardrooms. It is for this reason, for instance, that we can have an accounting firm in the name of a Black person; that is, "owned" by one of the Black bourgeois wannabe, yet said Black bourgeois wannabe does not know what a ‘balance sheet’ is or can't distinguish between a liquidity crisis and insolvency. Or a construction company in the name of Black person who does not even have a spade at home, let alone a toolkit. Why? Because they “hire” equipment from well-established white-male-owned construction companies to carry out their roles in service of capitalism.

In this theatre of fake, carefully-choreographed inclusion, qualified and competent Black professionals with no political ties/connections get frustrated. Ask young Black folk, particularly womxn, who are professional engineers; quantity surveyors; town planners; pharmacists; IT specialists; doctors, etc. The worst part is that, instead of being offered opportunities to pursue and build their own dreams (independent of the prevailing capitalist, white-controlled power structure), they are constantly turned into servants of incompetent, non-industrious, and therefore non-productive elites that thrive on political connections. This is the paradox that bedevils a post-apartheid and post-colonial order — which remains stubbornly untransformed.

The Black elite we talk about is that which has unashamedly appropriated the mantle of 'business people' or 'captains of the industry' — because of the Faustian pact they have made with the devil, that is; with the capitalist power structure under the command of white males. And because such an elite is not industrious, it has to occupy itself with something. What, then, becomes that something? It turns out that the elite merely wines and dines, and generally carries on as if we have all reached the land of milk and honey — while rhetorically shouting transformation slogans to manage the rage of Black people who are poor and growing poorer by the day.

What we must note, however, is that, amongst this won-over coterie of Black people, there are very educated folks (educated slaves?). But because of the self-enrichment route they have taken (at the expense of substantive economic changes) all professional integrity is thrown out of the window. Instead, expediency and the making of deals (for narrow ends) rule the day, not the building of industrial capacity for radical transformation. The result of this unfortunate state of affairs is that this class of sell-outs comes to have more whiskey dispensers and swimming pools than industrial sites and operations.

How then does the logic of the prevailing economy — of the mineral/energy/finance/industrial complex, which is part of the settler-colonial, capitalist power structure — relate with other realities of the polity? I want to relate this to what I refer to as 'a youth development dynamic'; a reality which has dynamics that are more or less similar with those of the mineral/energy/finance/industrial complex. 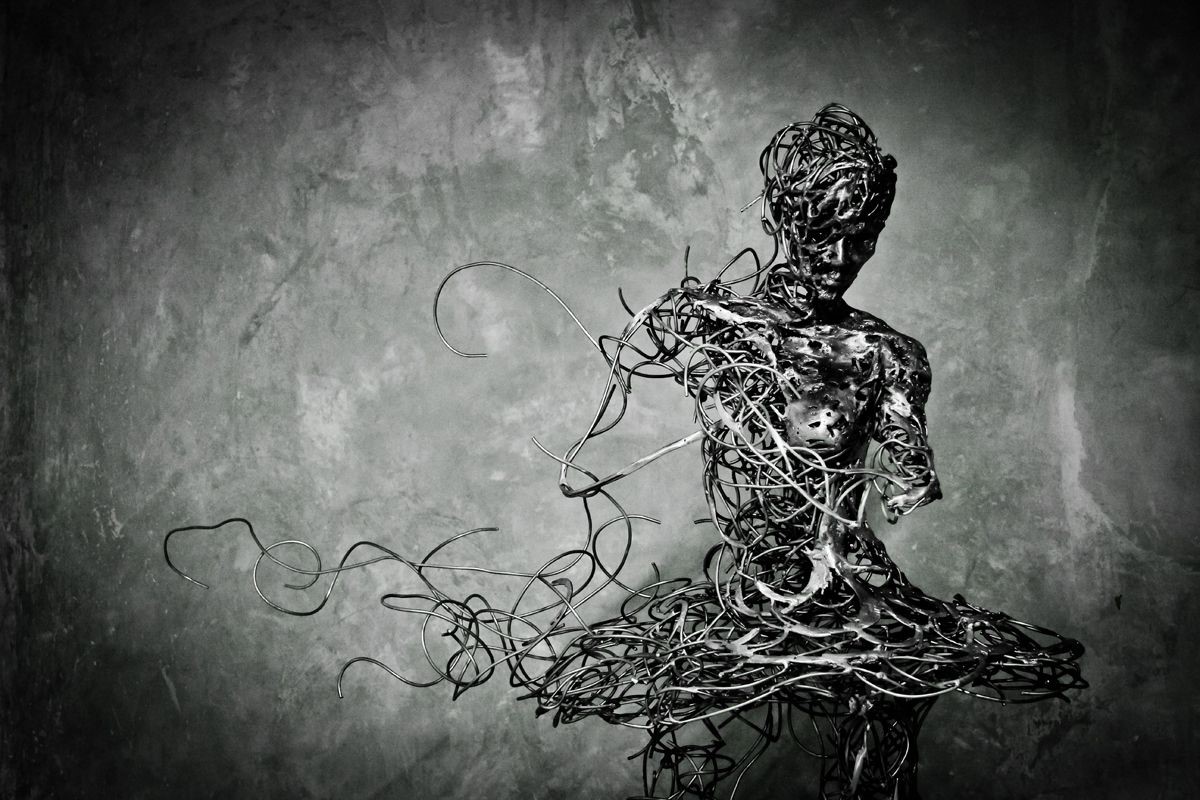 This is yet another coterie that thrives on bargaining with, if not on bullying, state departments and the private sector for their personal gain, using the promiscuous ticket of youth development. They never challenge the nature of property relations. They merely want a slice in the ‘existing power relations’ under the guise of “seeking funding for youth development programmes”. Even if sometimes they may not show faces in youth structures, they see to it that no one who is likely to subvert or challenge their decadence, conspicuous consumption and accumulation agenda, finds space.

While some of these young people belong to the ruling party, they are willing to work with anyone who would help them preserve their privileges (including reactionary NGOs and opposition parties). As such, they are willing to sheepishly pander to liberal sensibilities. For the right price, they will conveniently declare, "this is not politics, this is about development". This is while they still retain the capacity to bargain with or lobby politicians (and ministers) of the ruling party for certain outcomes, under the guise of "we too are members of this glorious movement". In short, they want to eat their cake and have it; that is, they want both ends of the stick; to appear as both Party and civil society darlings.

Why is the youth development dynamic so profitable? It is simply yet tragically because SA is largely a youthful country. And young people are the very prime victims of the social, cultural and economic ills (the 2020 second quarter labour force survey, released on the 29th of September by Stats SA, can shed more light on the plight of the SA youth). It therefore becomes easy to present oneself as part of the people who are in pursuit of solutions, while the intention is to take advantage of the crisis for personal gain.

These ruling-party youthful cliques (like the Black elite that is not industrious but survives on precarious deals with monopoly capital) use the youth development ticket to bully or bargain with state departments and the private sector. They live large, and never give a 'damn' about professional integrity, moral rectitude and intellectual honesty. It is sort of a 'mafioso'. It is a Pablo Escobar-tendency in youth development in SA.

It consists of people who are non-industrious but live extravagantly, build mansions without any serious toil; book hotels for months using money meant for youth development; and fly wherever they want — using the very resources that are supposed to build an alternative development model. Their main task is to manage the legitimate rage of marginalised young people. On radio stations and TV, we can hear them say, “youth development is on track, we are doing everything in our power to reach every young person in the country”.

This is while digital villages and app factories started by young Black people in townships and other poor communities never receive any form of support; and in the context in which politicians are busy shouting about 4IR. The political elite rewards them nicely for keeping in check the “angry, distressed, unemployed, hungry youth”. Every year, lullabies full of lies are composed; seductive utopias and false iconographies of hope are sold to, if not pushed down the throats of, the poor youth. And in no time, the merchants of pacification and deceit are nicely rewarded with some advisory or special envoy jobs in government, or appointed as part of ministerial committees.

In this, too, the professional youth, particularly Black and womxn, suffer. This is the tragic logic of development that has to be fiercely grappled with and challenged, to bring about real radical transformation and authentic national development. The beneficiaries of the prevailing configuration of power relations won't fold their arms. Unfortunately, some young people, in political parties and civil society, are beneficiaries and therefore foot soldiers of a neo-liberal and neo-colonial, capitalist, imperialist order that is inherently bound to serve a tiny minority at the expense of the poor. And many are still being zealously recruited (and pacified) under the guise of "bills must be paid" — a very tragic belief that my generation has fallen into. (I wonder what would have been of Bambatha KaMacinza if he’d had such a mindset).

We need a “development logic” that is anti-elitist, anti-capitalist, anti-imperialist, anti-homophobic, anti-transphobic, anti-patriarchal, anti-sexist, and therefore inclusive and responsive to poor people’s aspirations and needs. And for that to be attained, we need to unite as the Black working class youth, and to become a solid battalion of revolutionary change. Otherwise, we will merely be paid agents to manage the rage of the Black working class youth, as some young people leading our structures seem to be, because they must “pay bills”, while we sheepishly call them “our leaders”.

If by saying these things we deserve the guillotine, then let it be! We cannot hide what we believe, in order to be rewarded with appointments and perks. If so, may the “suitor pass for the real bride groom”.

1
Managing The Rage of Black Working Class Youth
2
The Lords of Humanity Are Offended, so Dr. Lushaba Must Die
3
Review: Mandela Is Dead