“Our grandparents had to run, run, run. My generation's out of breath; we ain't running no more" Stokley Carmichael.

"Mine workers, cold stunned from the consistent songs of the discriminated makwerekwes the mjibha clank and and spinza laden pedestrian walk of shame in the morning. my theory is simple: I work hard for your limbs.

I lift the heavy arguments blood stabbing scenes for your yell of approval of my now eroded manhood, Matanasa I have died so many type of deaths in order to protect the black protectors of white privilege.

Matanasa, I lift these blood stabbing scenes for your yell of approval of my manhood. I lift the fanakalo arguments over borrowed salts, the stolen sunlight roll-on, I lift the might of capitalism with all of my Black existence, I sing the struggle songs of sell-out BMW and Gucci revolutionary shop stewards. 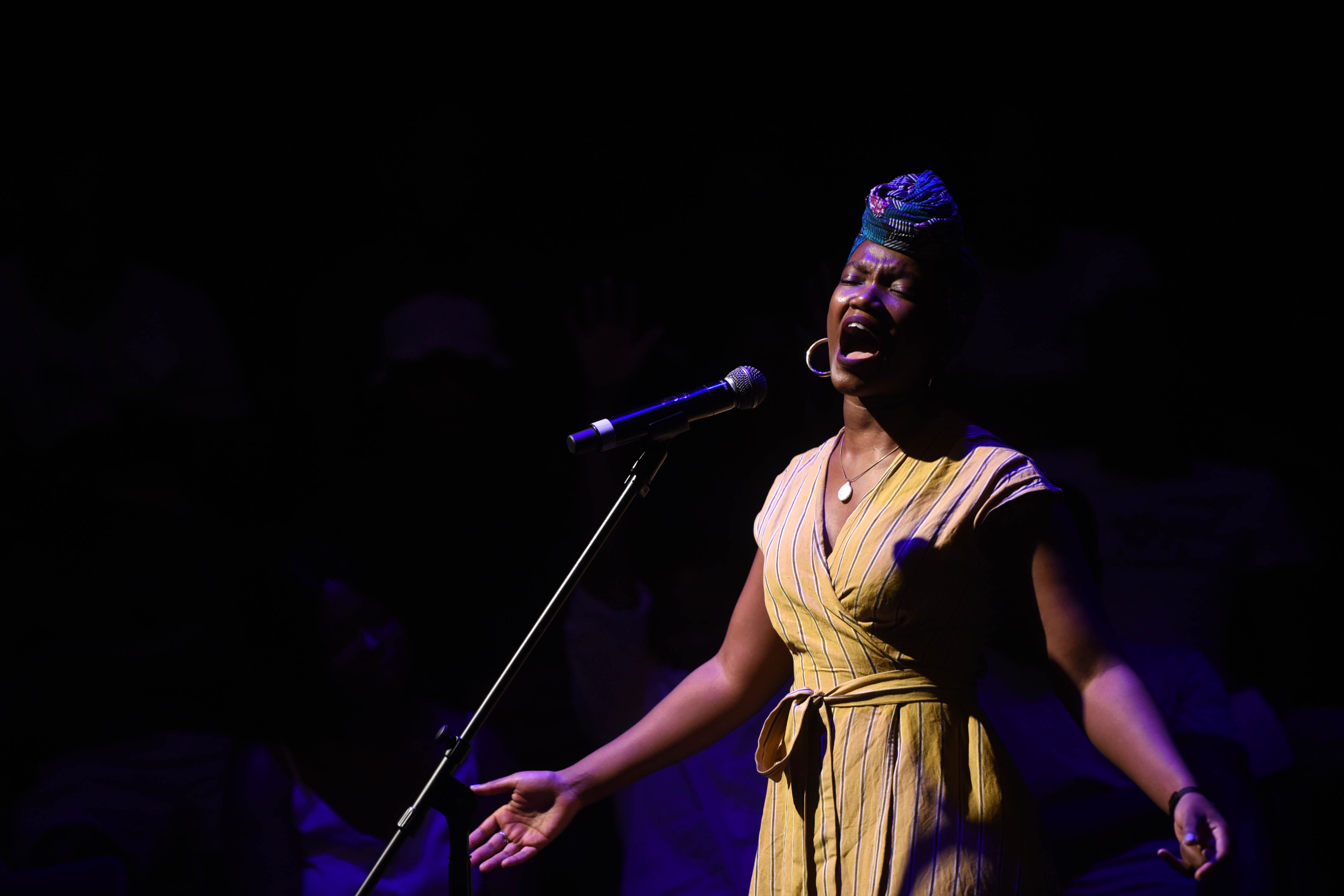 I carry the burden of the broad based joke that has only Rupert, thuma mina and Motsepe laughing. I lift the eternal aim of bereted bullets dismembering mabhush, I lift the jealous curses zaboDlamini khohlakele, the mpimpi accusations, the spells zenyoka yomlilo, the xenophobic death treats ngeneklace, the tuberculosis spits, Matansa I dig this this continent."

When the evasion of critical questions has become a career-guaranteeing and a profitable enterprise, I contend, it can never be wrong for daring souls to openly and courageously tell us, Black folks, that to play according to the rules of the game that is already rigged, is to stupidly fill the application form to die twice, to re-live our death!

As if water scarcity and the drought, afflicting the length and breadth of our very still occupied territory called South Africa was not enough, the drought of ideas responsive to the existential plight of Black people is yet another tragically taken-for-granted crisis. Our intellectual and cultural drought reached its day zero a long time ago.

And just like the importance of a drop of water in a drought-stricken community, Makhafula Vilakazi's Mandela is Dead poetry event at Soweto Theatre, quenched, even if for a moment, our thirst for a socially engaged art. It was an event animated by song and poetry. it was thus not about crammed quotes and phrases to be mindlessly spewed before a hapless and helpless audience, but rather an audience engaging performance. As such, the audience was part of the community of performers actively involved in making meaning of their lives. The chasm between the performer and the audience was thus ruptured. This got the very audience gleefully singing along. And reflecting on matters ranging from the scourge of the hatred of people from other African countries to the liberation as love.

In the context in which only writings from white-owned publishing houses and reviewers and art works from white curators pass as "official knowledge", sanitized texts and voices extraordinarily usurped of their existential tension-laden realities and cultural agency, occupy the throne of both the spoken and written word. And perhaps this is to accord with the supposed immaculate-ness of the power relations conferred to us by the 'rainbow nation'. We are thus generously yet dangerously offered class, racial and gender friction-less and contradiction-less stories in which everyone, Black and white, lives in harmony with the other.

The dominant power relation-sanctioned occupiers of the throne handsomely reward their sheepish lieutenants with bundles of stultifying accolades; and by so doing, conveniently, turning liberal 'post-modernist' shibboleths into epistemic epiphanies of the occupied republic. This while harshly ex-communicating dissidents from the garden of art and literature and thus of "the production of knowledge" and of the shaping of imaginations. It is for this reason that, when we forage the literary minefield of this epistemically occupied territory, we merely, yet tragically, come across texts and voices that are not only different but also extraordinarily hostile to Black people's existential capacities and aspirations.

While those stuffed of cobwebs in their mouths stutter, and only gleefully regurgitate the prevailing prejudices, albeit presented as knowledge proper, Makhafula's poetry, including that of Rampolokeng and Wa Bofelo to mention but a few, explore the very possibility, for instance, of ideologies and dialectics under the command of European epistemic and cultural sensibilities to ruthlessly vomit Black people out of existence. The summoning of biblical hermeneutics, for instance, in the form of "siphikisana ngoMathew waseBhayibhilini sibesincwaba u'Mchunu" in his poetry forces us to re-think particular ways of living and doing things as the Black community.

By going against the grain, that is, by refusing to nail his performative colours to the mast of the dominant anti-Black racist political, social, economic and cultural order, the Republic of Political Expediencies is sure to gasp for life in the midst of hard-to-refute truths. Makhafula's poem 'Skwatta Camp Queens' is also very instructive.

"I pass her at the train station selling umbila namaskopas. I pass her at the taxi rank selling fly infested pieces of fried picket, cow feet and air time. I was born of this woman, in a little hell somewhere in Southern Africa. My birth was hidden from the village, ngoba inyoka izala inyoka. My cries were ascribed to the cats.I remained a secret even to the man I would later face and call my father [‘kunjani mfana’]. My existence is owed to the industrious attempt of a fat Black woman. In forescot who fished in the dustbins for clothes and sold make ship school jerseys to the village".

This is not some "we must mention them in passing " condescending gesture, but rather a deep-from-within commitment to the lived experiences of ordinary Black womxn who carry the whole community of the ontologically, culturally and economically disenfranchised on their shoulders. It is thus the radical rejection of patriarchy and of the culture of, artistically and politically, sheepishly extolling the virtues of a decadent political, social and economic order that rides on the crest of style not substance.

It could as well be read as one of those attempts to underscore the fact that, the everyday realities of Black people once seriously taken into consideration against the meta-narratives that overshadow them could, and should be, the very basis of imagining a new ways of living. By centering the lives and experiences of the neglected, that is, by taking into the consideration the 'non-histories' and experiences of the ontological underdogs we can make meaning of our lives. And by the way it is the very resilience of Black communities in general and Black womxn in particular, in the midst of perpetual want and the pursuit of utter petrification by an anti-Black racist order, that have made us who we are. 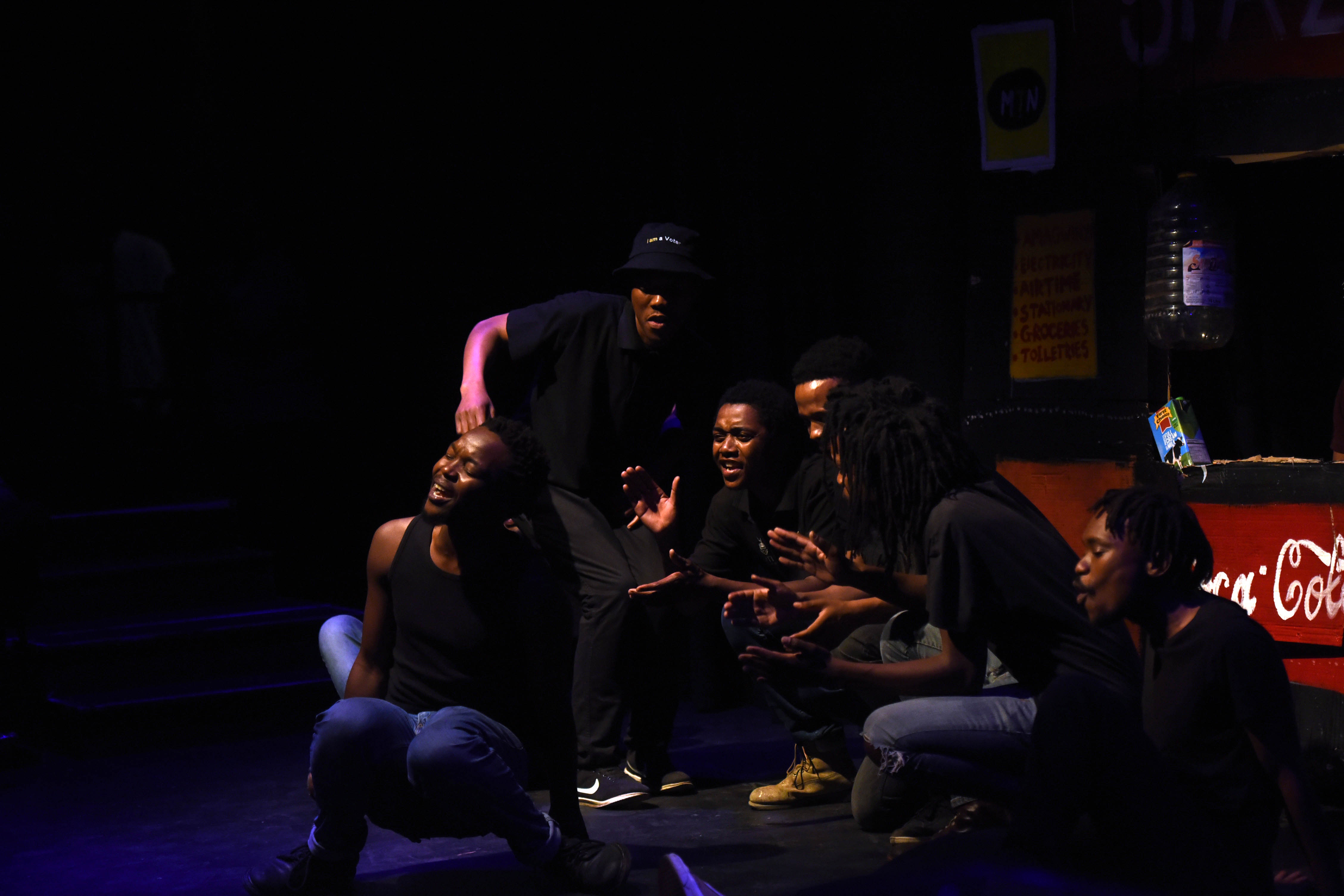 But the fact of the matters is that, in isolation or without the involvement of the general Black community, that is, without many other complementary socially engaged artistic works from Blacks, it remains but one of the few life boats that cannot rescue us from the cesspool of shitty doctrines, violent mispeaks, and power relations that are inherently predisposed to exploit and oppress us.

*Molaodi Wa Sekake is an ordinary folk. The Author of an upcoming book "Socialism NoMuntu Omusha _ Taking the Oath of Revolution".