The time is 7:21, the hall is filled with parents, 99% Black. This is a historically white school. It has since seen a migration of white kids in the last 10 years. My first born was here in 2007 and the school was still 50/50 more or less. I'm counting coloured people as the "Biko Blacks" and some may want to kill me for that.

The infrastructure is by far, worlds apart from the infrastructure in the schools in the township. You won't be blamed to mistake it for a private school, it is in many respects run like one. The only thing public about this school are school fees, which is R750 a month.

The teaching staff is completely white, not even one Black teacher here. The government pays the salaries of 23 teachers and the school raises the salaries of extra ten people on staff, making it possible to restrict every class to 35 kids compared to the 75 kids in the class in some township schools.

The teaching medium is officially English and the default language is unofficially Afrikaans. Almost all the teachers are of an Afrikkkaner background. The more things change in this country the more they stay the same. So much for the much talked about 1976 Soweto uprisings.

Like clockwork, this parents meeting takes place every beginning of the year without fail. A general orientation and introduction of teachers by the principal takes place, and afterwards parents get to meet teachers of their kids for more rules. It will be followed by a series of other parent meetings right through the year, and at all these meetings, the attendance is par excellence.

Added to the parents’ meetings are fundraising events that set these former model C schools apart, leaving schools in townships catching at straws and straining at the oars.

Some years ago our kids were in a private school, which of course is white, very white and very expensive. We took them off after a couple of years when they started drawing pictures of people with straight hair and began dreaming in English. We realized they were losing their self-concept, and more importantly, they were subconsciously rejecting themselves as Black people. What did we expect when the only black people they saw at school were cleaners and gardeners?

So as a form of protest, we tried home schooling, it worked like magic, for the younger one, she adapted quite well. The older one had fits like you won't believe, an influence which soon rubbed on to the younger one. They called our home a prison, and that was enough to break me.

So we're now back at this bullshit school system again, when a 50-year-old white male teacher who has been at it for 28 years tells us as parents that the first thing he does every morning in class is pray. If anyone of us is unhappy, he will release the child to stand outside during the prayer. Imagine the trauma of isolation and exclusion the child will suffer every day for a whole year. 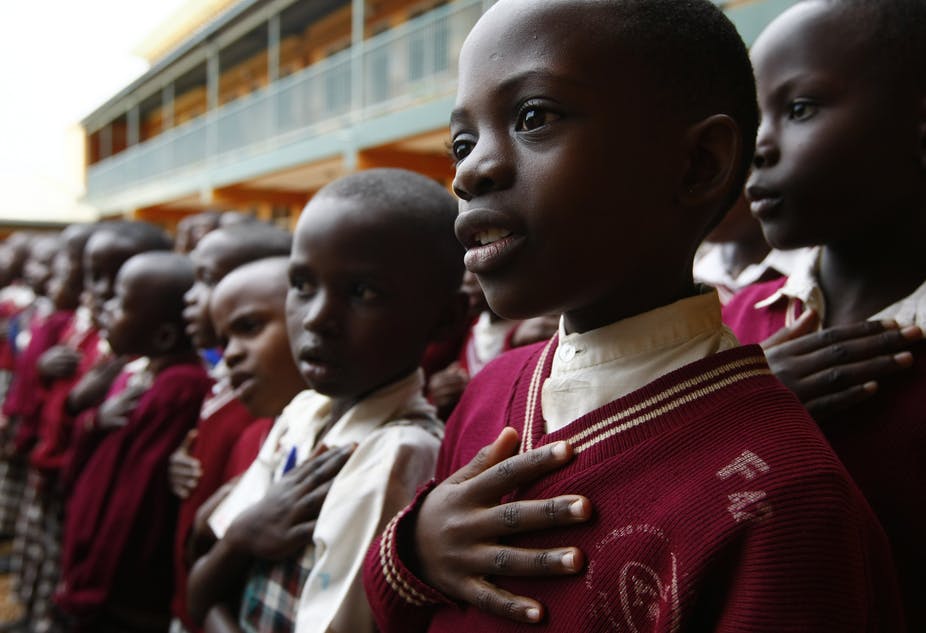 How do we resolve this?

The answer is Land, land is the source of everything including education, naming and framing the world we inhabit as we see it and in our own terms. That way we and our children can "call our souls our own".