Ok, I am going to be frank in this piece. If you are not accustomed to hearing a woman speaking frankly about sex, then I suggest you return to your preferred social media and 1920. Culture Review is probably not for you anyway. Alright? Good!

Sex is amazing. I am of the notion that you cannot realise how amazing it is with just one person day in and day out. There are people who can make you reach climax and there are those who can’t. There are guys who will make you squirt and there are some you just want to kiss and not shag at all. There are men who will make your vagina tremble while giving you head. Some just need to touch you once and you are instantly moist and come after two thrusts. Every sexual experience is different and there are different levels of satisfaction with each. And as such, sexual monogamy is a fallacy.

We’ve been programmed to know love as this thing that occurs amongst two people- that we are meant to be intimate with one person. But biologically this was never thought through. You can be in love with your partner right now, but may find other qualities in another person that you find attractive. And just because you have sex with another person it doesn’t mean that you love your partner any less. It’s all biology. Intimacy is so strong that people feel like they should guard it and by so doing make it exclusive.

The “other woman” has always been a fixture in my family, stretching as far back as my great-grandparents to my grandparents and finally to my father. This occurred in marriages that both parties entered into as a monogamous union. Either willingly or unwillingly so, women were subjected to polygamous situations by their husbands and in most cases this was never discussed, it was always a matter of uba ‘u Tato’Mkhulu akekho, u Mmakhulu uyayazi uba ukwa – Nozamile and akazobuya ngobo busuku’ end of story! I am not talking about a husband consulting with his elders and first wife about considering taking a second wife. I am talking about downright cheating and openly so. Well maybe things were hidden in the initial stages until it could not be hidden anymore, and expecting the wife to be okay with everything - no discussions needed. It’s one of those known secrets in the family and community that no one dares to question or dispute publicly.

When I moved in with my family some years ago in the Western Cape after 12 years living in Gauteng, there were two guys that used to randomly visit our house. In the beginning they were just introduced as Mgcineni and Ntokozo but sometime later I learned that they were my half-brothers. While my mother stayed in the Eastern Cape and took care of a home and my five siblings, my father was in the Western Cape working. While “working,” he also managed to make two baby boys – Mgcineni who is the same age as me and Ntokozo who is a year older than me.

I sensed that my older siblings resented the two brothers. They had nothing nice to say about them and their mother because “their mother knew my father had a wife who visited the Western Cape regularly but still had the nerve to not only sleep with their father, but gave him two sons too”.

I was never fazed by any of these stories- not by the one involving my friend’s hate for her half-sister. Nor by my other friends’ hate for her father’s second wife, whom she never forgot to tell us that she couldn’t fall pregnant and that it served her right for marrying her father who had a wife and four grown kids! 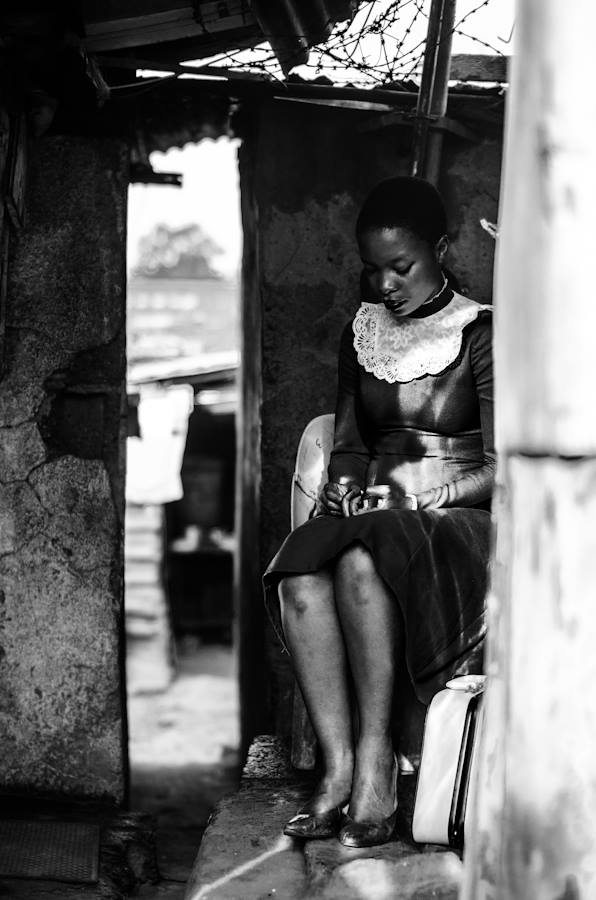 My point here is that sexual monogamy is what everyone desires and believes they have, however circumstances and sexual behaviour from both women and men in a relationship proves otherwise. For every regte – there are two more other men or women.

Everyone is trained to aspire to exclusivity in a sexual relationship and in most cases we are of the belief that if I make you exclusive that it means you will also be exclusive to me as well. Here’s the thing about sex, it’s that well known secret that people indulge in happily and with great pleasure but are not supposed to say a word about it publicly or how much they enjoy it.

For the longest time we’ve been programmed to see sex as a shameful sin especially when you are young and out of “wedlock”. Put polygamy or dating multiple/having sex with different partners in the spin and you are full on promiscuous or the greatest sinner to live. We live in a world full of broken hearts and hypocrites.

People always assume that just because they are in a relationship, it automatically means that they are exclusive courtesy of some silent agreement. So essentially almost everyone who assumes they are in a monogamous relationship is walking around assuming that their partner has the same understanding. Too many of us force our partners into monogamy instead of just letting them be.

You should try this at home. Just remember to protect yourself at all times.

If you are monogamous, kudos to you because monogamy is not yet obsolete it’s just endangered.