In the twilight a dog's wail can be heard in the distance, there is no real silence in the township, in between the stolen moments of serenity there are eerie sounds to remind the people of how low they fall on the food chain; a crying baby; a woman scolding her children for this thing or the other; a helicopter flying above the small houses looking for a stolen car; a terrifying gunshot in the distance. In the dim light seeping in from the streetlights Nosipho notices a small rat, hiding under the cupboards the oledi had received from Mamkhulu; it was shivering and looked fearful and Nosipho said to herself 'eintlek legundwane lazelaphi ukuthi kwamele sizifihlele ubra Mtho? Tjo yi mihlola le'. Lost in her thoughts she softly whispered ja neh, and clapped once in what she thought was a low tone, much to the dismay of oledi and dabs, who were also hiding under the kitchen table with her and her two siblings, Anathi and Lonwabo. Oledi immediately cautioned Nosipho with her index finger, silently and sternly reminding her to shut the fuck up and stay hidden. It was hard for them, every now and then bra Mtho and his goons would bang on the door calling out 'heee Mariya, ehhh Mariya vula lo mnyango maan jou swine!! Yaz' uzonya Mariya, vula lo mnyango ngizok' nyisa'.

Bra Mtho was a hard man, he had copious amounts of money and along with it he had oledi's I.D, her TV licence and her SASSA card. Nosipho needed to find distractions or else she would start crying, which would cause Anathi and Lonwabo to cry and then oledi would be pissed. So, as she sat under the table, she looked for things to take her mind away from the mess they found themselves in. Nosipho was terrified of rats. She sat there calmly watching this rodent moving its tiny eyes under the cupboard, when on a normal day she'd be screaming and running out of the kitchen. Her fear would be her only concern, but she couldn’t afford that now. She had to remain calm or withstand the wrath of oledi's varm klaap. Nosipho once more turned her attention to the rat; it was now fighting with a tiny piece of stale bread that had fallen under the cupboard a few moments after. She felt oledi’s quivering from a distance, genuinely scared as the shield provided by the table seemed to lose its strength with each passing second and each bang from Bra Mtho’s enormous hands. 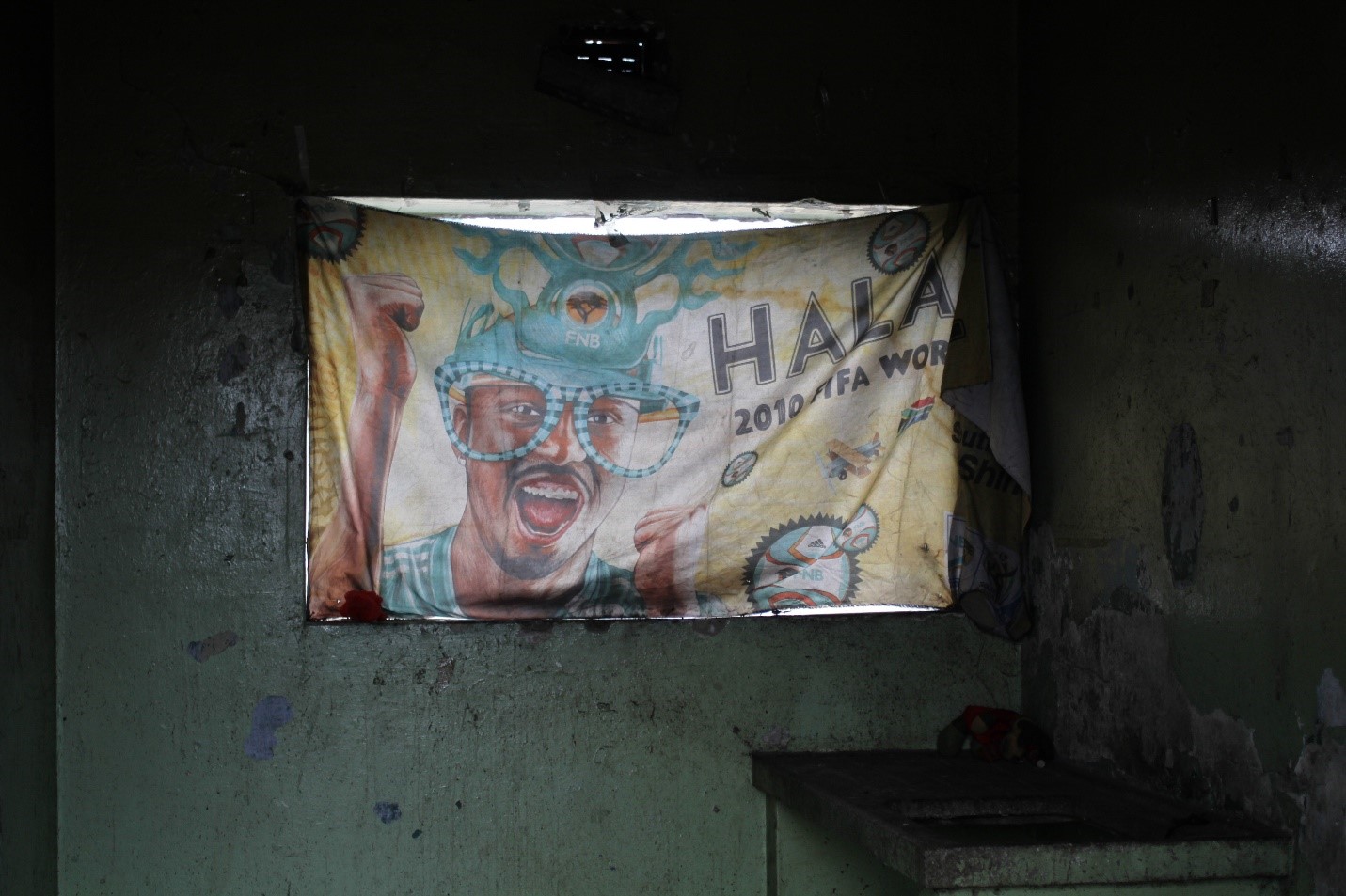 Oledi hadn’t always relied on abo mashonisa to make ends meet, she was once a well-earning, stiletto-wearing, Toyota corolla-driving, success-driven civil servant. She was the quintessential woman holding it down; she was the inspiring idea of a black woman winning. Then one day the train filled with blissful sunrises, a fridge full of boerewors and steak and the cereal-filled bowls of privilege was brought to a grinding halt. Suddenly nasty English-speaking voices roared on the other side of the phone line, demanding payments from an empty purse that had already stretched itself far more than what it could withstand. Oledi was the family’s backbone, she was the provider jokingly known to many as ‘moreki’, and after reporting illicit financial dealings in the government department where she worked, she lost her job. While walking out of her Eloff street office, her dignity and integrity turned in a different direction and walked away from her.

After this we lost everything, from our Ellerines furniture to the daily bread we prayed so earnestly for on Sundays. Maybe oledi was never called to be a whistleblower; some dubbed her an ‘informant’, others called her a rat, like the one nibbling on a rotten piece of bread while hiding from bra Mtho’s violent taunts, which were now being accompanied by bricks being hurled through the shattering glass of windows; amid threats to burn this “fucken four room” down.

A house left to oledi and her siblings by ta’mkhulu. I wonder if he sees us from the heavenly realms, where his spirit was sent by Moruti Moloi’s prayers on the day we laid him to rest at Avalon. I remember the violent swings of the thurible that sent bouts of smoke bellowing from its holes. The smoke, a symbolic device used to ward off evil, was the final kick from the horse that carried our family on its shoulders, finally dying, leaping into the next life and leaving us with the debts of this one. I wonder if he is looking down in anger, damning Bra Mtho and his cronies for ruining the home he had built with his beloved sweety pie, the one he was laid on top of in Avalon Cemetery. Perhaps ta’mkhulu is looking down in fury at mama for allowing herself to be in this position, for recoiling under a table and taking us with her, instead of standing up to fight for the honour of the home that made who she was…

Nosakhumzi, the builder of homes, Mariya or Mary the mother of saviours and carrier of the most blessed of wombs. Not this time though, oledi was done being a hero; being a hero had gotten her fired from work and earned her enemies. Being a hero is the reason she is blacklisted and garnished, being a hero has sent us under this table and here we shall sit, praying in silence, quivering with fear and watching rats as helpless as us eating feasts better than what we had any hope of devouring that night. 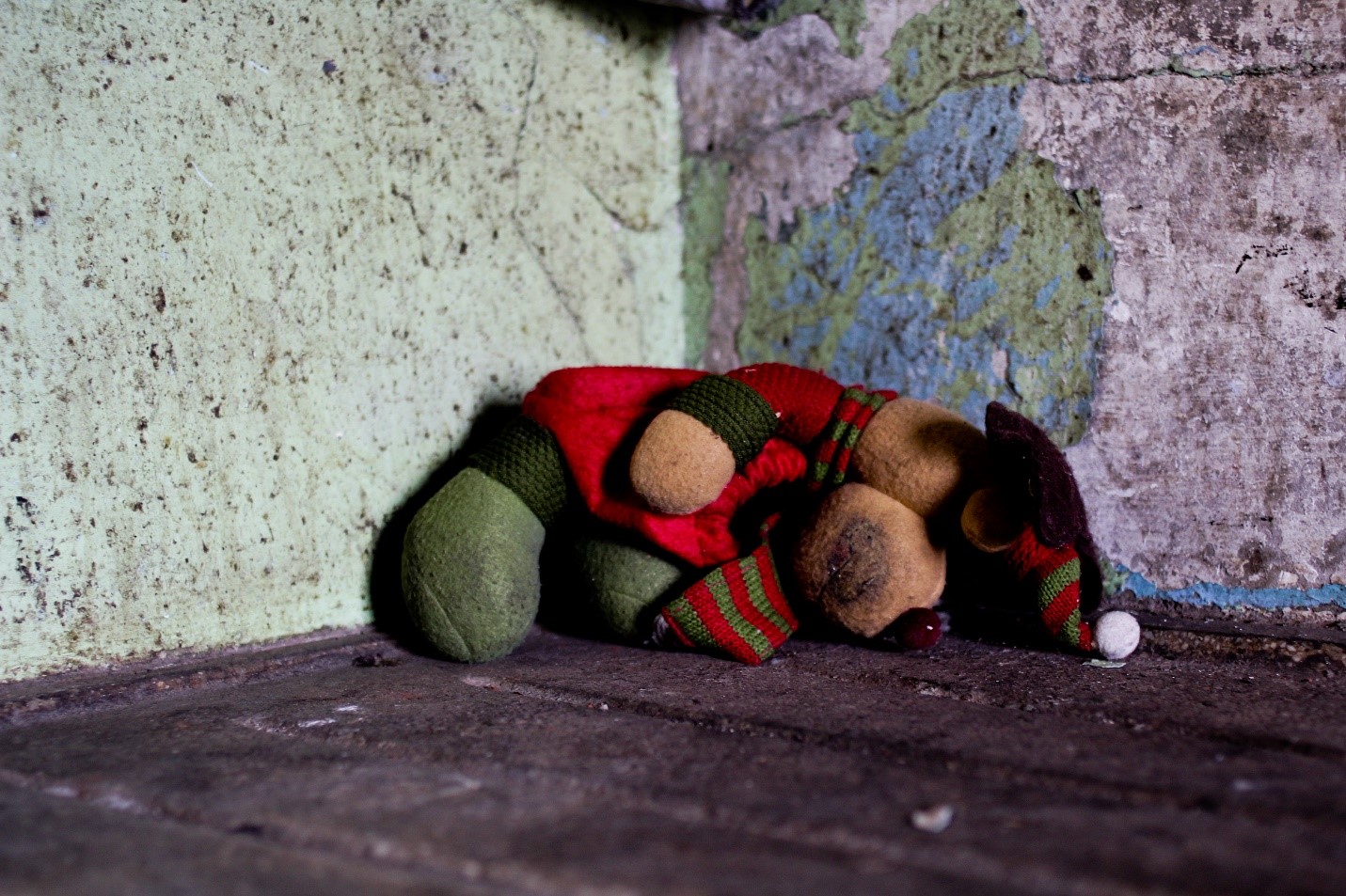 I heard a man say once that Gomora was the home of amagundwane. It was known as a rat utopia only because here these lowly creatures drink from streams of putrid waters and feast on the remnants of the wasteful consumption that we could never stem. They adapt and adjust faster than we ever could, they eat whatever is available to them, and they are not like abo darkie because they eat well. In a place like this, where festering waste like us lives, they eat like kings, they grow big and they thrive. Perhaps this is our fate too? Maybe we are called to fight like scavengers for the meagre crumbs that fall from the high tables in Sandton, while our living mates, dark-skinned and scruffy rodents, never lack food, drink or shelter. As I sit under this scrawny little table watching this commanding presence feasting on the tiny piece of bread, my mouth starts to salivate. Seemingly, the crushing fear had helped me forget my agonising hunger only as a to-brief respite. Oh, how I wish I could eat, how I wish I could stand tall and tell bra Mtho to fuck off; but I can’t because I am but a rat, hiding, quaking, waiting – hoping that soon this nightmare will end because there is no real silence in the township, the shattering glass and flashy vulgarities of imminent violence will be to us, whimpering cowards, a serene lullaby.

1
Boundaries & Demarcations: On Land and Humanity
2
Requiem for the Place That Made Us
3
Taxi Etiquette: The Millennial’s Guide to Working Class Transit