Dreams signify many things at once. They defy the logic of time and space, and perhaps even extend our understanding of them. In a dream one is here and there at the same time; one straddles the present and the other; the imagined, the desired and the feared. But how useful are our dreams when we are stuck in a materiality that interdicts us from even realising them? How important are these dreams when we are forced to disremember them because we are thrust into a world where our lives are scripted by the structure of whiteness? A structure that disavows our desire and need to dream freely, with the hope that one day we will also breathe freely? So what do black dreams signify, what does dreaming black even look like? Iphupho L’ka Biko, which defines itself as an Afrocentric-spiritual jazz band, seems to also be concerned with these questions; which are not new but are still very urgent and important.

It is 2016, thick in the midst of student protests. A poster is taped onto a white wall inside the Wits School of Arts, and what draws my attention are the bold letters IPHUPHO L’KA BIKO. I am intrigued, and I want to see this band of students who have bravely decided to use Biko’s name in a university that hates Black people. The performance is heavy and unusual, a jazz band using an opera vocalist, with a white guitarist and on a stage playing a gospel hymn. Are these guys for real or are they some kind of gimmick? Are they just using the ideas of black consciousness for clout, or are they seriously committed to these ideas? My suspicions are warranted. Remember, we are at the height of the #FeesMustFall protests and everyone wants to appear super conscious... Students walk around with nappy hair, Garvey shirts and Dashikis, the accents are all so similar; speaking black, apparently. This is a beautiful thing but to what end, if it is only just an aesthetic exhibition and bears no commitment to the liberation of oppressed Black people?

I have since followed the band very closely, and their compositional choices and music-making is testimony of the fact that they are aware of the politics underlying. They are aware that present day South Africa is not Biko’s dream, but his wildest nightmare. They are aware that black artmaking is constricted and dictated by white sensibilities, but that nonetheless there is that which we must not let them conquer; our imaginations and souls. The band has remained solid in its convictions, unwavering about who it makes the music for. When others have bended to the pressures of the industry by playing to the ‘market’ gaze, Iphupho L’ka Biko has sacrificed the crumbs on offer so that they remain true and untainted by the white hand that corrupts. Of course they exist in the fringes, uninvited to certain events because organisers know that their music does not entertain but causes rupture, feeds the spirit, and acts as a mirror for Black people to look at themselves and decide if they want to do something about who they are.

In the past couple of years, Iphupho L’ka Biko has contributed immensely to the Johannesburg and perhaps even South African jazz scene. They have bent the rules, collapsing the awkward distance between stage and audience. They have given us a glimpse of what a truly democratic music-making and performance could look like, and this is despite the fact that they have not recorded a studio album. The music of Iphupho L’ka Biko is genuine and defies the limitations of genre, moving jazz away from being ‘highbrow’ music. They remind us that black music has to do something to the people, for the people, and should strive to make us aware of the possibility of better/alternative ways of being Black in the world. Iphupho L’ka Biko does this intentionally. Unlike most Black jazz bands who have gone on to win awards and have recorded with international labels, Iphupho L’ka Biko does not compose music as if there are no Black people who live on the streets; who are shot for demanding a decent living wage, and who face poverty and repression in their everyday lives. 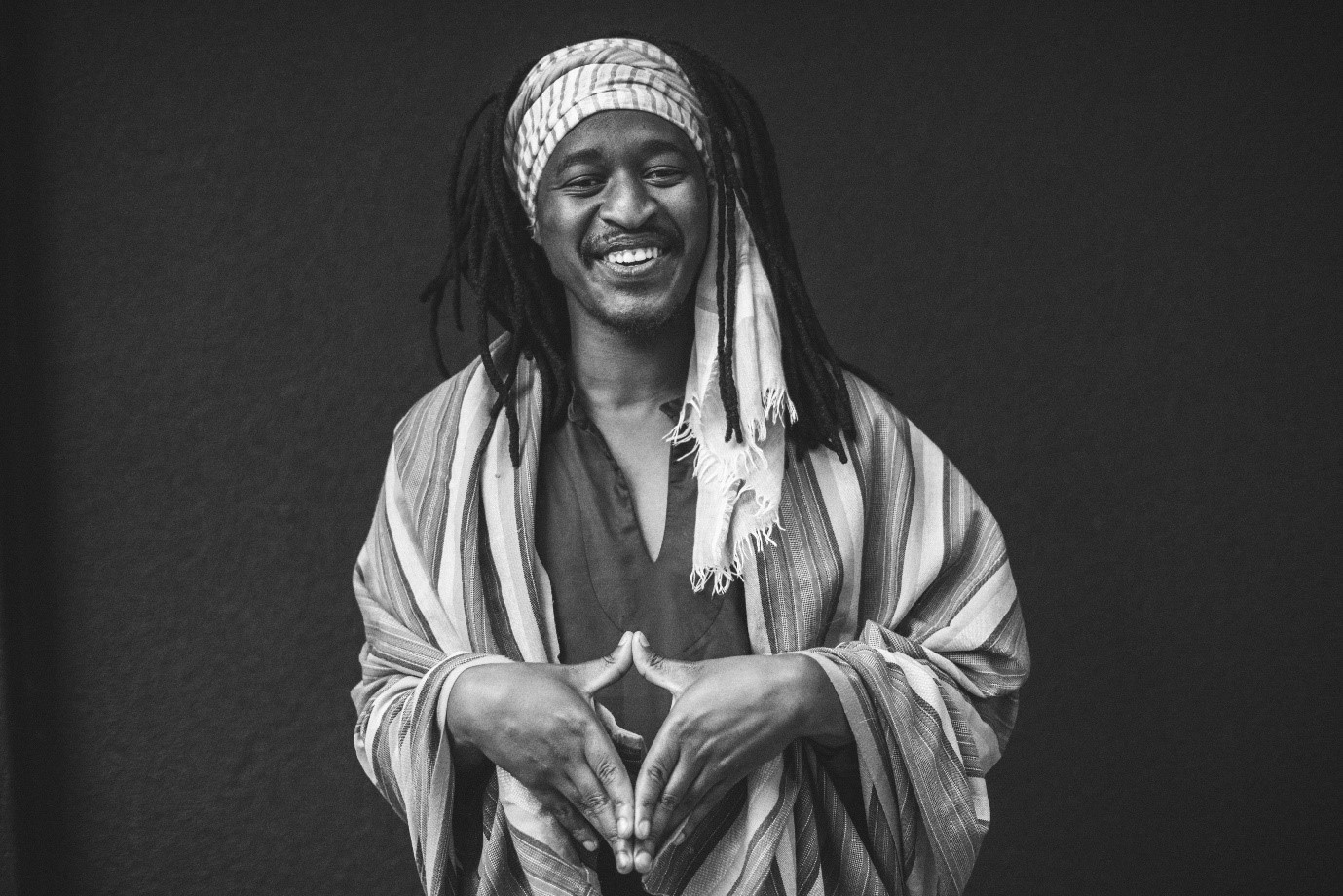 The leader of the band, Nhlanhla Ngqaqu, sometimes called Black Jesus by those close to him, started playing music in church. His church background permeates through the texture of his music and compositions. A very spiritual being who firmly believes in the metaphysical, and in the idea of spirituality as inseparable influences in how we understand the material world. But do not get it twisted, unlike many he enters the realm of the metaphysical through questions. His acknowledgement of the existence of a higher being also questions why this being has not intervened, when Black people have faced brutal oppression for centuries... Are our gods sleeping, do they not love us, or do they enjoy seeing us suffer? These are some of the questions he asks. From his earliest work Ekuqaleni to Sobukwe no Biko, Uthixo Ukhona and Abaphezulu, through subversion, Nhlanhla Ngqaqu asks why our gods have been complacent/complicit in our suffering? He does not just worship but he demands answers, and some of the answers he opens us up to are uncomfortable.

The band is strongly connected on stage, and their performances are ethereal, almost as if transitioning you to a world that you know exists but could not access. Their music is unashamedly political without necessarily compromising the quality of the art, something that many artists fail to do. Sometimes the music of Iphupho L’ka Biko comes across as cryptic, or perhaps furtive, coded; as if trying to speak to a particular audience without being heard clearly by those eavesdroppers who take without asking. Iphupho L’ka Biko will be playing live at the KULTURE Blues Festival organised by Culture Review Magazine at the South African State Theatre in Pretoria. This festival centers music as a form/medium through which we can discourse about the true state of affairs in our country. The festival will be on the 14th and 15th of May. Come one, come all for a musical experience that could alter some of the ways in which you understand and interpret the world.