“Solidarity is based on the principle that we are willing to put ourselves at risk to protect each other.” - Starhawk

“We must learn to live together as brothers [and sisters] or perish together as fools.” - Martin Luther King, Jr

It was movements like Blackwash which reignited the spark that the 1994 political moment (i.e. negotiated settlement) tried to put off. However, with all the strides the movement made to bring Black people to realize the commonality of their experiences, their Blackness, it still could not escape the fate that faced almost every organization or movement, before and after its time. Generally, the more comrades define the political in terms of material, the wider the distance in between. Are we then able to turn to metaphysics (the spiritual) and look for the answers we need?

The problem central to most criticisms of religion is how it has been branded apolitical and devoid of answers every time the oppressed (read Black people) find themselves in dire situations. However, the aspect of religion problematized in the above instance is mainly missionary and Christian. Steve Biko also raised concerns about this, thus: “It was the missionaries who confused our people with their new religion”. And continues: “By some strange logic, they argued that theirs was a scientific religion and ours was mere superstition in spite of the biological discrepancies so obvious in the basis of their religion”. Notwithstanding, we have, through times, seen comrades identify as Muslims, Buddhists, African Spiritualists and Black Theologians. This trend has helped many people find messages (answers) in order to recuperate and continue the fight. We have seen this with Marcus Garvey, Malcolm X and even Steve Biko. Then again, where do we seem to lose the plot? 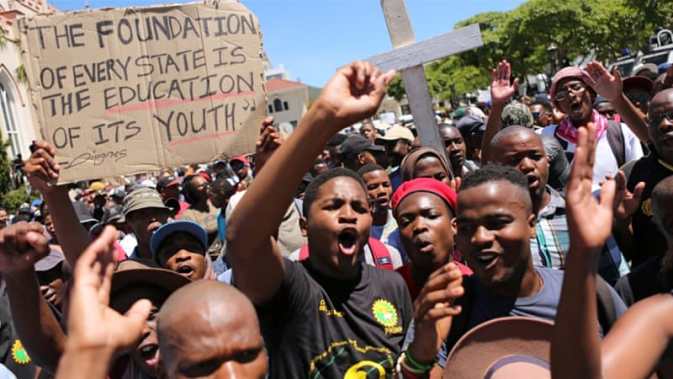 Every time Black people organize themselves against an identified enemy, on the basis of (progressive) principles, they soon collapse internally and give up on the objectives of the movement or organization. The presence of spies, who take classified information on next moves and programs to the enemy, doesn’t make it easier for the organization, movement and leadership. Which then brings us to question if these things, these shortfalls, may indeed not be explained metaphysically. If we could use Xhosa culture to understand this: during a custom (isiko), before anything is slaughtered and offered as a sacrifice, there should first be word (ilizwi), then oneness (umoya-mnye), then renewal (intlambuluko), then eventually slaughter (uphalalo-gazi). I’m not looking to discuss the reasons for the slaughter, since it alone doesn’t hold much in proportion to the sum of the three other aspects of isiko.

Furthermore, since slaughtering is an act, this should make us realize how important word, oneness and renewal (restoration) are in a political organization or movement, even before action. Once objectives have been set, we tend to focus more on action and pay less attention to the spirit and the health of the organization and its members. This oblivion, maybe carelessness, often leads to the downfall of the same organization and members opting out of the movement or “quitting politics”. Of course, some of these aspects are discussed in Sun Tzu’s Art of War. Mao Zedong and Le Duan also speak on the same, but in a more political manner, when they address contradictions and the role of the cadre in an organization. Amilcar Cabral and Kwame Nkrumah also do the same in their writings. Comrades have these books and religiously read them, but how do we still lose the plot? Or are we not reading enough? Are we maybe pretending to read?

During FeesMustFall (#FMF), comrades would even gather, have night vigils and burn impepho, to “decolonize” religion. These night vigils sometimes resulted into more problems like rape, loss of possessions and others – so much for depending on the act, the burning of incense, to rid problems and provide emotional relief. It is clear that people would find themselves disgruntled with slaughtering a goat or burning incense, all because the plea or request was not granted. Then eventually end it all with a single tweet and write: “Those things don’t work. I have tried them; I know”. But the same person didn’t understand the purpose for the act. Word, oneness and renewal or restoration, before the act – before the burning or slaughtering. How can you burn impepho with potential rapists, thieves, spies and sell-outs, and still expect things to go as planned? In traditional communities, when the custom doesn’t go as expected, a traditional healer is called to provide possible reasons. This is one of the ways in which we learn that the person who slaughtered the goat has murdered someone in their past, the person who burned the incense was not earnest or some of the people present were not earnest and thus “up to something”.

But how does all of this relate to Black solidarity? Can it explain to us how people organize, set out objectives, squabble and quit? This being the reason for incepting a church, then months later have six more churches in one street, or incepting a movement then months later have more breakaway groupings? Elder Credo Mutwa teaches us about this at the level of metaphysics: the destructive chitauli and so on and so forth and stuff like that.

1
Black Solidarity: Maybe Some Things Are Metaphysical
2
On Black-On-Black Violence
3
On Anti-Blackness & Readiness to Heal