"Where words fail, music speaks," writes poet, Hans Christian Andersen. In South Africa, music is fundamental to the African experience. When confronted with racism, prejudice, and segregation, Black people have long sought solace and comfort in music. Music continues to be a vehicle for transforming negative emotions into positive energy or at most the vehicle to drive change. iPhupho L'ka Biko's music speaks volumes even when there are no words, you can hear the feeling, you can grasp the conversation, and you become a part of the dialogue.

The streets of Johannesburg have been snapping, chanting and dancing to the syncopated heartbeat of iPhupho L’ka Biko for seven years and the band promises growth and more years of existence. Those who have been lucky to experience the band in person know that the experience is special. The crew of 12 is mostly unassuming until you hear them play. Founded in Johannesburg by bassist, Nhlanhla Ngqanqu, the band is of international standard, strus' bob.

Despite their youth, the band tackles compositions such as Moses Molelekwa's Biko's Dream, from which their band’s name is derived. The song has experienced several paradigm alterations as the band's notions of rhythm, harmony, melody, tone, colour, soloing, improvisation, and duration have altered. It sounds magnificent paired with Miseka Gaqa's operatic soprano, clearly informed by Molelekwa, Bheki Mseleku, Feya Faku and others. They are mostly known for their hit uThixo Ukhona, a jazz rendition of a struggle song - a piece that screams out in solace and with a gentle touch to keep on in a world that seems to be becoming all lows and no highs, reminding us that uThixo uKhona, even when the lives of Black people are not evidence of this truth. The song is catchy without being annoying or obtrusive, getting toes tapping and heads bobbing, knees lifting and mouths singing, hips swinging and fingers tapping while emphasising the lyrical importance of "uThixo Ukhona" “Sizophumelela”, we will thrive. 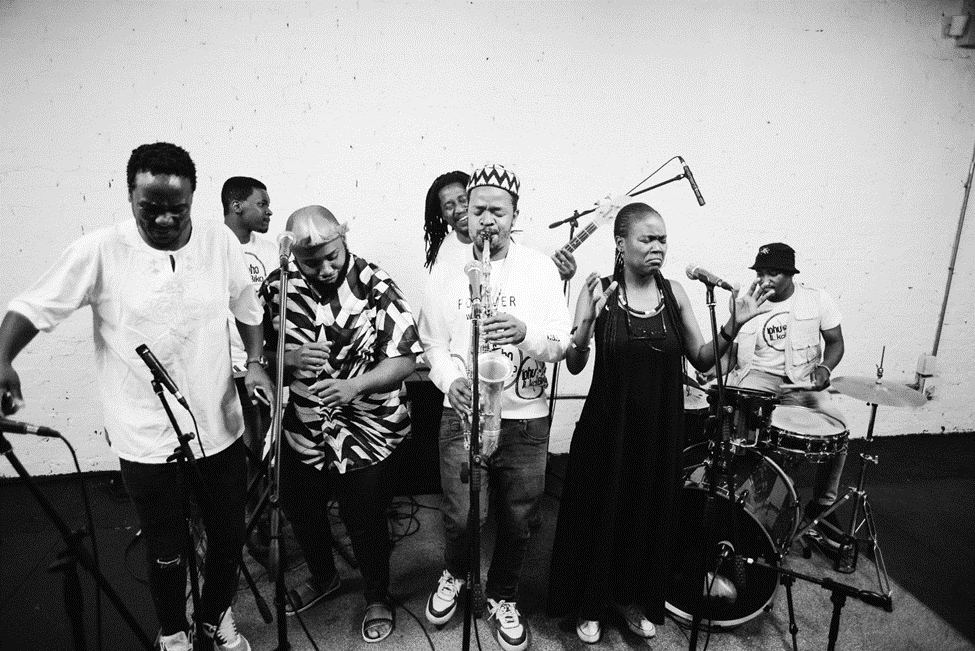 iPhupho L’ka Biko promises a full-day program at Mangrove in Braamfontein this Freedom Day, featuring Manjik Mak, Buntu the Ghetto, Kello and Dj Bubbles who will ensure that the next day's hangover will be worth it. In the program Ken Gampu’s Joe Bullet will be screened, an old classic from 1973 featuring some of South Africa’s great performers such as Abigail Kubeka and our very own Newtown hero, Sol Rachilo. Tickets go at R200 online and at the door.