The vibrant diversity of District Six comes alive with a new photographic exhibition about one of the area’s famously fabulous residents known simply as Kewpie.

After completing a successful seven month run at the District Six Museum Homecoming Centre in Cape Town, the photographic exhibition, Kewpie: Daughter of District Six is now heading to Johannesburg. The exhibition will run from 17 May to 31 July 2019 in both gallery spaces at the Market Photo Workshop in Newtown. The Johannesburg exhibition is a result of the collaboration between the GALA Archives, District Six Museum and the Market Photo Workshop, and was made possible through generous funding from the Norwegian Embassy in South Africa. 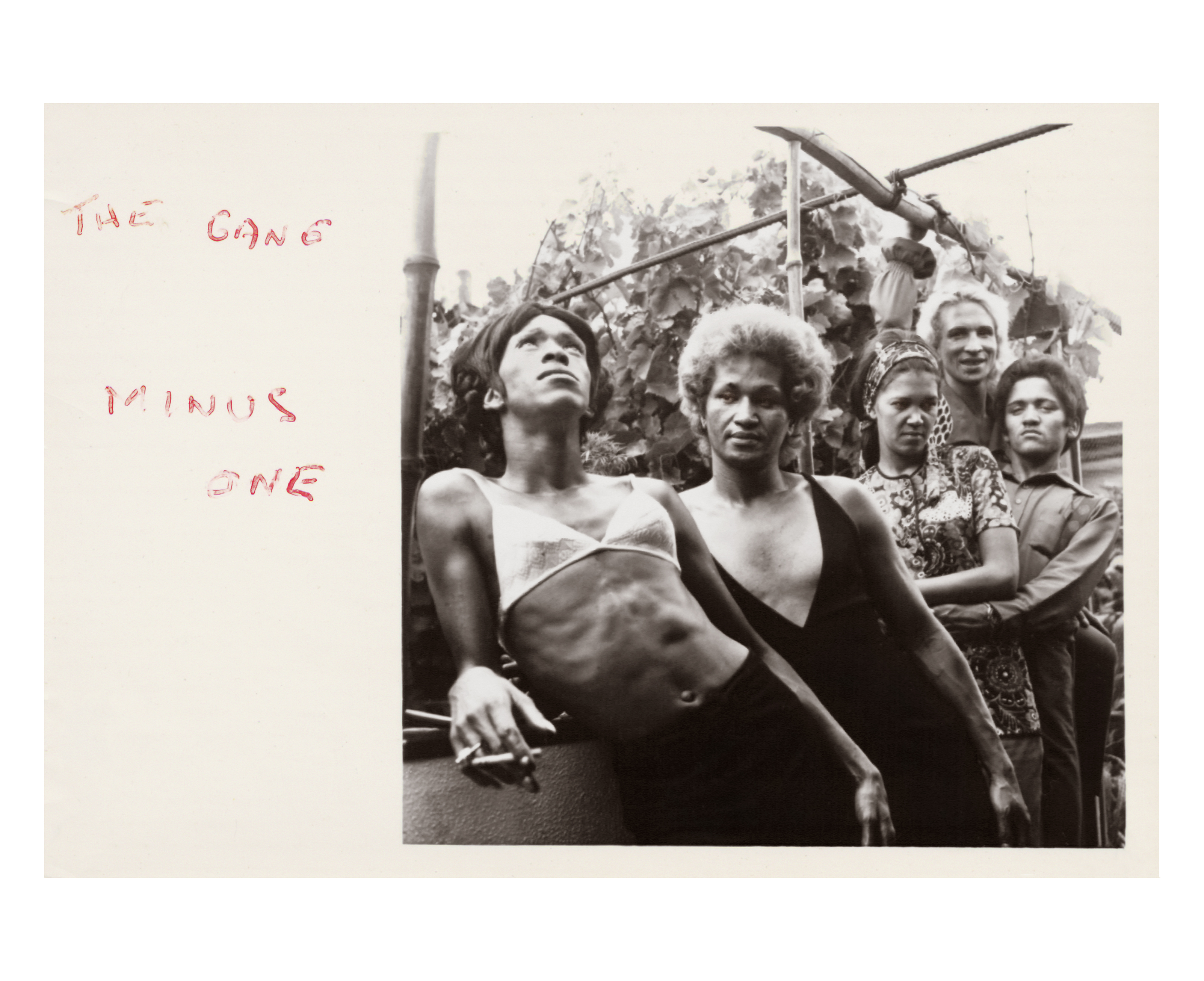 The exhibition features a selection of photographs from the Kewpie Photographic Collection housed at the GALA Archives in Johannesburg. With over 700 photographic prints, it is GALA’s largest photographic collection. Most of the photos were personally captioned by Kewpie when the photos were transferred to GALA in 1999.

Born in 1941, Kewpie was a well-known queer figure and hairdresser from District Six. From what we know, Kewpie’s gender identity was fluid, and she did not strictly identify as either male or female. However, both Kewpie and her friends tended to use feminine pronouns for each other. Kewpie was a well-known hairdresser in District Six, and later in Kensington, in Cape Town in the 1960s and 1970s. By night, Kewpie was a celebrated attendee at drag balls, and would often perform on stage.

There are photographs of Kewpie at work in the salon, photographs of Kewpie and friends performing and socialising, various portraits of Kewpie’s friends, lovers and neighbours, images from parties, snapshots taken of everyday life in the local area, and photoshoots of Kewpie’s friends on the streets of District Six. Many images show Kewpie’s extensive social life and social circle, both within District Six and further afield. They also show us the changing physical and political landscape of District Six and its residents amidst the travesty of the forced removals of the 1970s.

Kewpie’s photographs show the value of personal archives in telling potentially lost stories. While the narrative of District Six and forced removals is relatively well known, the personal stories from inhabitants that really bring the community and its history to life. This has always been the mission of the District Six Museum. With Kewpie, the opportunity was given to tell and show a lesser known aspect of this lost community, that of its queer community, which was largely accepted and embraced.

District Six Museum director Bonita Bennett says the exhibition tells a “wonderful story of resilience, zest for life, style and community lived out against the backdrop of forced removals which was happening all around”.

“Kewpie’s story and that of the community around her which included those whose gender choices were not mainstream, tells a story of acceptance and embracing of differences which is not without pain and struggle,” says Bennett.

The Museum’s exhibition curator Tina Smith says GALA has a “valuable resource which records a thriving and celebrated queer culture within a community that has since been displaced”.

“The collection reinforces historical understandings of District Six as a close-knit community where diversity was accepted, while highlighting a lesser-known aspect of District Six history,” says Smith.

“Emerging from this is a bold and unrepentant self-reflection of Kewpie’s illustrious life portrayed against a backdrop of societal challenges. It defied conventional definitions, pushed boundaries of gender stereotypes, class and racial prejudice beyond the restrictive measures of apartheid’s discriminatory ideology.”

GALA director Keval Harie adds: “Kewpie’s legacy raises important and necessary questions for the LGBTIQ+ community in terms of issues of identity. We need to move beyond binary approaches of identity and support communities, particularly the trans community, and focus on being gender affirming. That is the power of Kewpie’s story.”

“What has struck me is how people in the broader District Six community have a Kewpie memory that they cherish. That is powerful as we deal with high levels of homophobia and trans-phobia in South Africa.”

A number of events are planned throughout the exhibition run, including:

The exhibition opens to the public on Friday 17 May, which is also the International Day Against Homophobia & Transphobia (IDAHOT). There will be an opening event on the evening of Thursday 16 May at 18:00. The press are invited to attend.

About the GALA Archives

GALA was established in 1997 in order to address the erasure of the stories and experiences of LGBTIQ people from official, established archives and museums. In the years since then, GALA’s work has expanded to include a range of activities that create dialogue on sexuality and gender identity, educate the public, build community and to inspire action.

About the District Six Museum

The District Six Museum, established in December 1994, works with the memories of the District Six experience and with that of forced removals more generally.

As a school of photography, a gallery, and a project space, the Market Photo Workshop has played a pivotal role in the training of South Africa’s photographers, ensuring that visual literacy reaches neglected and marginalised parts of our society, since 1989.