90 Years Of Fashion, Culture and Resistance

For nine decades and three generations, City Outfitters has been an iconic store for lovers of timeless fashion. The store remains a space for all who identify with long established niche fashion brands and dress codes. Men’s Outfitters have existed in and around the central business district of Johannesburg and played a major role in adorning fashion forward Black men for nearly a century. City Outfitters is one of the last remaining outfitting stores from their conception, among those who opened their doors yesteryear. The store was established in 1931 as a General Dealer called ‘City Warehouse’ and began its transformation into a Men’s Outfitting store in the 1960s, ultimately becoming what we love and now know as ‘City Hall’.

A very young and determined migrant Ismail Dajee, who landed up in South Africa around 1915, secured leasing space in Jeppe in 1931 at a time when Black people could not own property and could only lease it due to the group areas act. Nevertheless, Mr Dajee tried breaking the continuity of a racist “whites only” space and found a property in Jeppe, making it a shop and residence at the back. His successor and son Mohammed Dajee continued to grow the business through Apartheid, making sure that the shop was able to open its doors throughout that difficult era.

Popular brands like Converse, Florsheim and other made in America brands were first brought in and introduced to the South African market by City Outfitters. Determination and perseverance passed through generations until Abdullah Dajee’s time resulted in the store’s progress, making it a force to be reckoned with in niche men’s fashion.

City Outfitters ushered a new wave of fashion options for migrant workers who were either living in the townships or hostels surrounding Johannesburg. The limited exposure of oppressed groups to the outside world made fashion brands, particularly American brands, a thing that connected them to American pop culture. The intrigue in the clothes led to the formation of sub-cultures, and alternative identities as they sought to be respectable and human in a society that ravaged their souls. 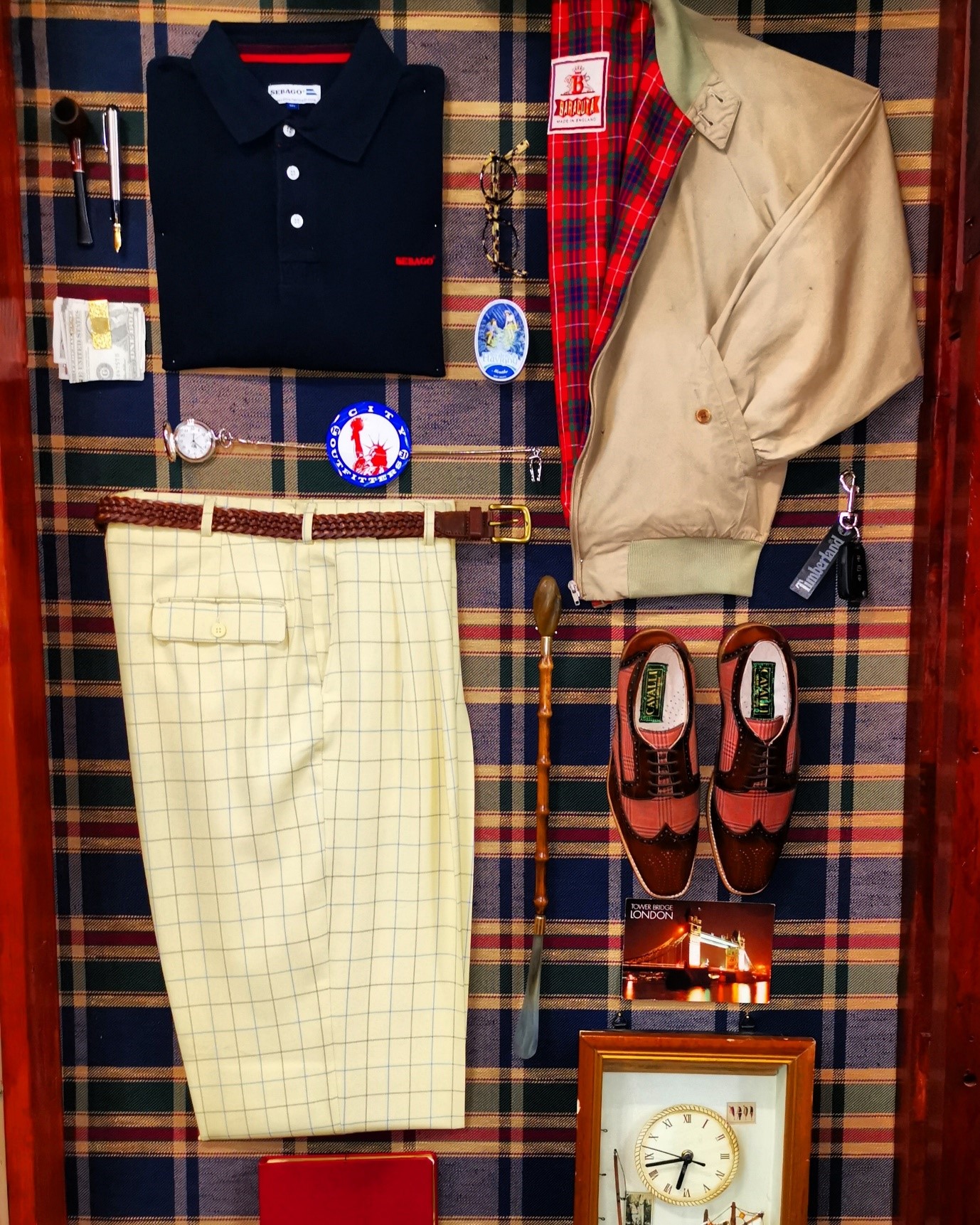 Followers of yesteryear’s sub-cultures know that aboMshoza could be seen wearing shoes like Bass moccasins and jiving to Kwela in classic one tone or two tone Florsheims. Mapantsulas were sometimes in dungarees and Converse All Stars, as some incorporated swift two step staff rider moves into their dance moves. If your Converse came from ‘City’, you knew it was the real deal as they were the only ones to stock the shoe with the ‘made in America’ label. The new generation has also caught the whiff of City Outfitters’ everlasting fashion and are making it their own. For fashion statements’ sake they are bringing back these looks and representing them in a different way. What was once the domain of workers, currently functions as a fashion statement. The journey for City Outfitters has been long and they continue to recognize quality fashion as well as their supporters. The year 2021 will be their 90th year anniversary and an exhibition will be held to commemorate City Outfitters. 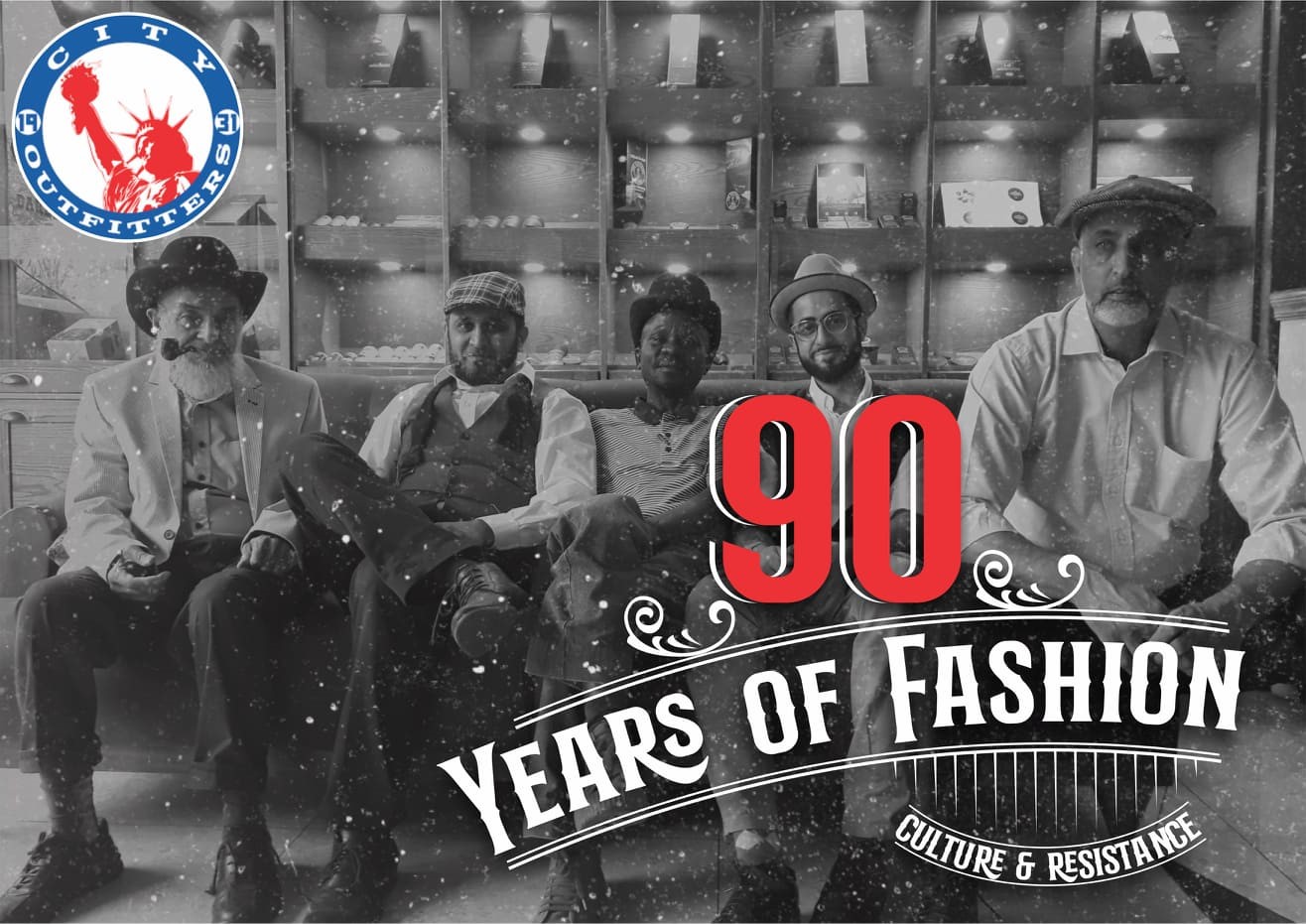 The exhibition is a retrospective showcase visiting different stages of City Outfitters from 1931 to now. The date, time and location is yet to be confirmed due to the implications of the Corona virus pandemic. However, the anticipated date will be sometime between April and June. The exhibition will showcase art, rare clothing pieces and memorabilia from the store. A signature design of limited edition gear like caps, tote bags and t-shirts will be sold to celebrate 90 years of City Outfitters. Digital artists will make prints to be sold at affordable prices.

The show will be conceptualised and curated by Johannesburg based duo, Sizwe Nombande and Mpilonhle Ngema who will work closely with Abdullah Dajee of City Outfitters.

1
90 Years Of Fashion, Culture and Resistance

The unfortunate arrival of the 1652 travelling party to our shores, not only resulted in unspeakable brutality upon our land, but subsequently ushered in the beginning of the decline of African tradition. Colonial administrators promptly instituted the eradication of African culture by introducing Christianity and subjugating African people socially, politically, culturally, economically and religiously.