PR/Marketing agencies are currently running a campaign for a montage of affected businesses in our country advocating for the protection of South Africa. This follows recent events that occurred in the form of a protest to release former President Zuma which abruptly morphed into four days of looting by citizens who are either recently unemployed or have been toiling with poverty since the 1994 elections.

Be it food, essential appliances, school shoes, and clothing, many South Africans fought to take whatever they could find to ensure their continued survival. Reactions to this looting from those who are economically well-off resulted in racial profiling, restriction from certain shopping centres, and an unfortunate event that will be remembered as the massacre of Democracy: The Phoenix Massacre.

In response to the tragic events that have scarred the ideology of a rainbow nation, Afro Arts extended the Department of Sports, Arts, and Culture’s Long Night of the Poets initiative with a critical moment of introspection and interrogation into the Black condition. An Instagram Live conversation between Makhafula Vilakazi and Sabelo Soko encompassed an educational format and a poetry session. 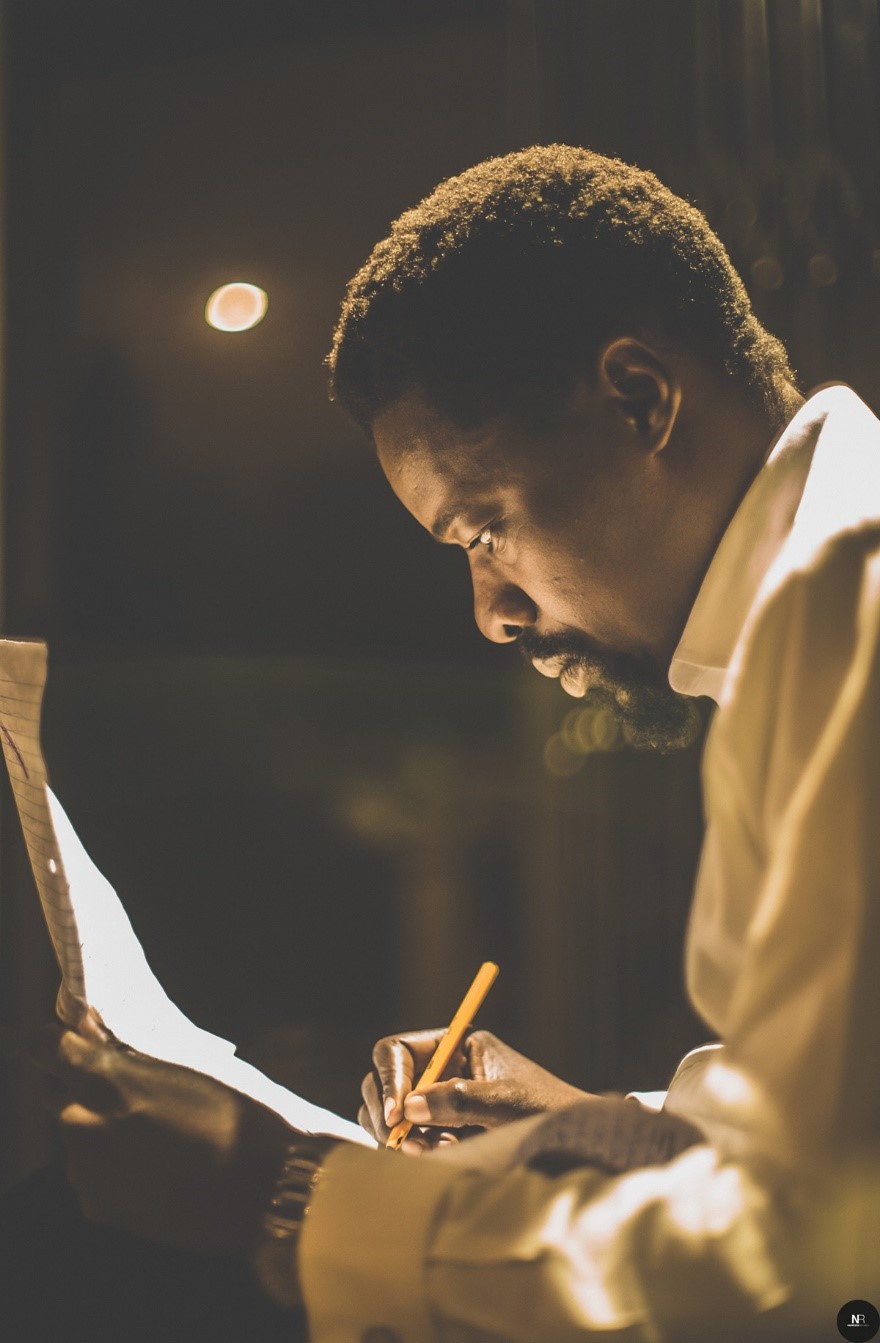 Amidst readings from poets such as Langston Hughes, Mongane Serote, Mafika Gwala, and Eduardo Galeano in response to the "Where are the poets?" question from the community seeking a poet’s voice in the wake of the turmoil. The two gentlemen unpacked critical points of the conditions that led our society to its inevitable breaking point which Makhafula Vilakazi emphasizes is more important than reactionary work requested at the exact moment in time of the event.

Makhafula and Soko addressed the mechanisms of the constitution and how the law has failed those most affected by the status quo. Makhafula Vilakazi summarised the law by stating, “All the law does is enforce a political and economic system, and that system is capitalism,” citing the need to change the system itself to serve those whom are worst affected by the status quo.

The children tasked with reversing centuries of generational curses may come across systems like socialism to solve the injustices we confront daily. Those who become unemployed graduates find themselves at the mercy of complying with Makhafula’s closing point of his segment, "The law is not going to help us get away from being capitalist.”

Soko echoed these sentiments by bringing forth the ideology of the Capitalist Nigger (posited by Chika Oneyani) and driving the conversation to the problem of black ambition. As a people, we sustain the “God for us all and every Guluva for himself' diaspora, aligning our ambitions to enriching ourselves to the point where the collective black problem doesn't affect those fortunate enough to transcend the status quo and be crowned with Black Excellence.

The fortunate are known by many names that remind them that in the grand scheme of things, they are still less than, they are still black, even with their millions. The Clever Blacks who faced racial profiling in the face of resource scarcity felt the brunt of Soko’s lament, "I doubt you can run away from something that affected you internally and still is affecting you.”

Before your achievement, before your job description, before the figure in your bank account, we are often reminded that we are still black and that in and of itself is a consequence. Makhafula Vilakazi shared a personal experience where his writing affected his professional career while referring to poets who were banned because of their poems.

These consequences brought forward were in effect to question where to draw the line of responsibility in how poets approach their work, effectively examining the extent of freedom of speech in and of itself. If you accuse a poet of inciting riots with a poem and are subsequently arrested for expressing black pain and anger, do the black poets then sugar-coat or silence the stories of spilled blood in the streets of Phoenix that plague their existence?

Nonetheless, in the fashion of applied critical thoughts, the solution proposed to the black condition is that of the practical application of a Pan-African system. Soko testifies with an observation of the Somalian community in Johannesburg who practice and extend their brand of Ubuntu. The Somalians in question are not only owners of their businesses; they also have a communal support structure to assist a brother in the community who may lose his way to the vices of Johannesburg.

In agreement, Makhafula Vilakazi makes a crucial point. If we adopt a community mind-set in which we do not see categorical segregations such as seeing a Zimbabwean before seeing a fellow African, the blacks at the bottom of the barrel can change if not benefit from the system that often has them on the receiving end of the bare minimum. A starting point of this is the teachings of Marcus Garvey.

Towards the conclusion of the conversation, Vilakazi and Soko addressed the black woman's condition concerning the place of feminism in the Pan-African school of thought. The gentlemen acknowledged in verbatim the socialization and cultural norms that resulted in catcalling and objectification, which made them part of the problem and agreed that the unlearning and resocialization of the boy child who will grow to be a better man needs to be a women-led initiative to ensure that the voice of the black woman does not go unnoticed.

Though different from the standard structure of poetry consumption, the poem and conversation approach is a necessity. Discussions surrounding the conditions that lead to the societal reflections in poems that suffer the fate of being lost in time until they are needed is a reasonable step in the right direction for what the platforms of poetry can do.

To bond, learn, share poems, and educate ourselves is a collective responsibility between the poets and the audience. The Long Night of the Poets virtual concert is still available for streaming, on the Current State of Poetry and African Women Writers Network on Facebook.