Pitori is set to be the scene for the resistant musical lamentations of Makhafula Vilakazi, Thandi Ntuli and Iphupo L’ka Biko. The triumvirate will converge upon the South African State Theatre on May 14 & 15 for the KULTURE Blues Festival, a sonic experience that will recite “compositions and vocals that channel the rhythms of life that inform music all around Africa” and “a dream of an Afrika that is radically different from the one we exist in now,” and relay the words of “an unflinching Africanist standing on top of a shack and shouting: ‘war to the enemy, peace among Africans’. In that order, these words describe the musicality of Ms Thandi Ntuli, the ethos of Iphupho L’ka Biko and the black beams of Makhafula Vilakazi.

This trio of performers also has a special relationship with the capital. Makhafula Vilakazi returns to the theatre after a fiery sold-out performance last December on his first visit there. Thandi Ntuli hails from Soshanguve and it will be a homecoming of the blues in prayer. And Iphupho L’ka Biko will be performing in the city for the first time at the back of their hit composition, Uthixo Ukhona, the seminal sermon about the plight of black people and protest.

The revolution will not be televised” as Gil Scott-Heron once proclaimed. But there will be glimpses of it at the KULTURE Blues Festival where will we be getting down while speaking to the political milieu of our time through this selection of talented performers. 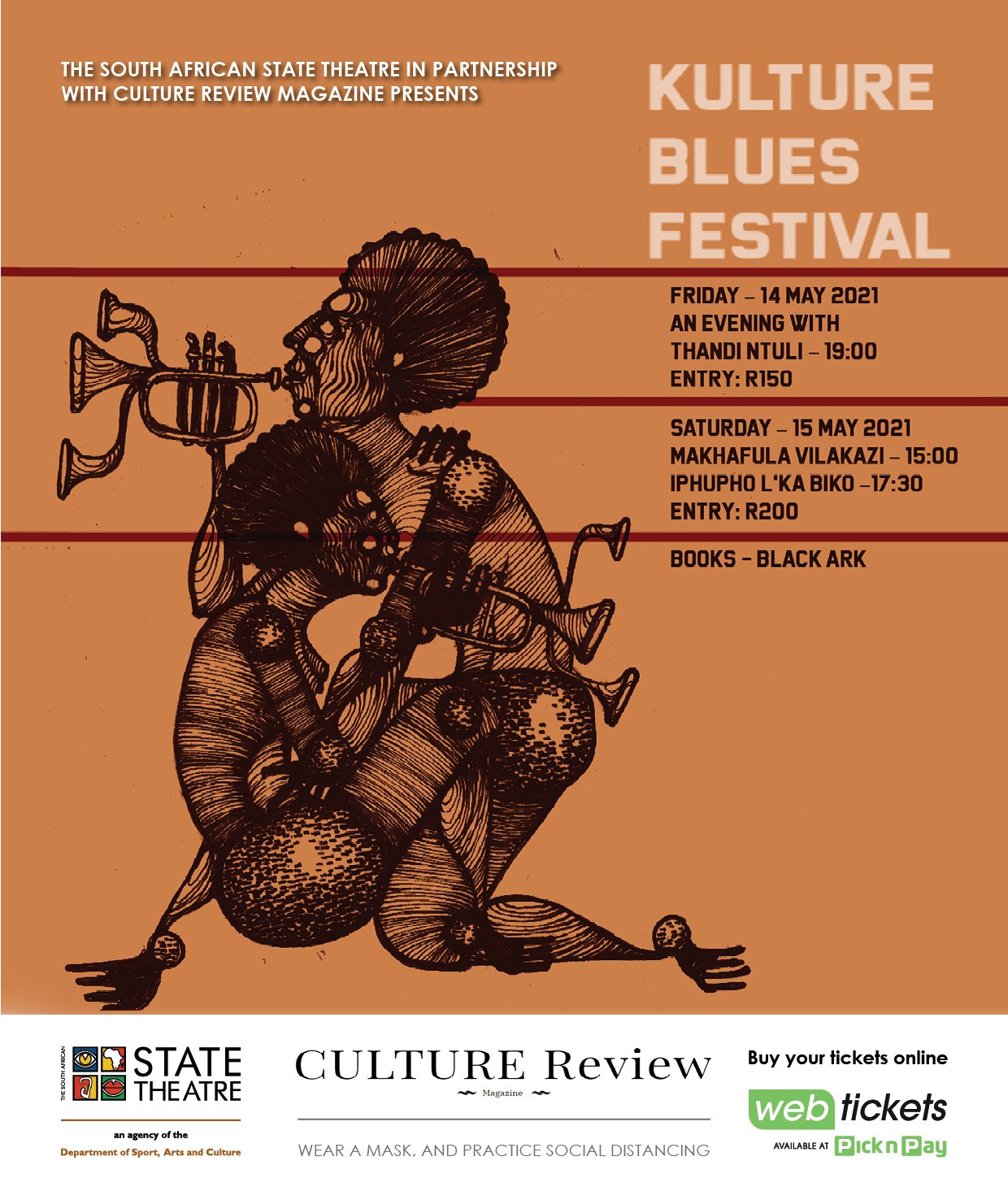 The tradition of South African artistic practices is long and vast. Most of it remains unexplored and unengaged. One need not rearticulate how South African arts has shaped much of our lives and continues to inform our understanding of ourselves as a people. It therefore becomes important for us to appreciate the value of our creations as something that forms an intrinsic part of who we are. It is for these reasons and more that we believe that we ought to curate spaces that will create dialogic possibilities between our artforms and current politics. Our outputs, from below has not only been about entertainment but through it we have been able to articulate or experience our desires.

Spaces that enable us to do this are rare and we have a responsibility to create them, as a form of cultural preservation and resistance. The rise of Black Consciousness was able to create a cultural renaissance that encompassed all forms of artistic practices. The inaugural KULTURE Blues Festival in collaboration with the South African State Theatre can make such gatherings viable. The festival will comprise poetry, jazz, and literature from Black Ark Books.