“As you know, it’s called many names… this weed… There’s Skunk, Chronic and so on. What’s yours called?”
--
“It’s called Matwetwe”

Matwetwe is the sophomore feature effort of actor-turned-director, Kagiso Lediga. Owing to Lediga’s light political comedy background, the film presents as a tragicomedy commenting on serious socioeconomic issues in the South African township while fishing for comedic relief. There are clear portrayals and critiques of patriarchal violence and gang life, diluted slightly by in-the-air characters and loose drama. If we look past the film’s low production quality and disjointed storytelling, it is a powerful local film, with a strong cinematic ending.

Overall, however, the film is disappointed by a lack of tension, flat action, and substandard acting performances. Much of the traditional or technical attributes of filmmaking remain unfulfilled. While the story has something to say, it struggles to use the medium of film to get its message across. Matwetwe almost stutters its runtime. It is clearly not a run-of-the-mill comedy, which can be excused for poor portrayals of drama. If anything, the film is more tragic than funny, but that tragedy stumbles in its delivery.

‘Matwetwe’, translated as Wizard, is a strain of marijuana created by star botanist Lefa (Sibusiso Khwinana) distributed together with his childhood friend, Papi (Tebatso Mashishi). Audiences need to suspend much of their misbelief about the mechanics of their operation. Their weed is grown unprotected in shack structures. Almost everyone seems to want it and finding rich clients is effortless. Their biggest threat is a three-person gang who spends more time talking about their internal relations than doing anything to seriously jeopardise Lefa and Papi.

The one time this gang steals their weed, it plays out so comically disjointed that it is neither convincing or tragic. In fact, the film gets the protagonists their weed back almost all so easily, through some undercover-cop sting operation-thing. It’s not really clear how all these events come together. This can be excused by the film attempting to be a coming-of-age comedy, but even within such a genre, a film still needs to attempt to show audiences how its events unfold.

At one point, they are at a university selling their weed. A student is ranting about something incoherent. The next scene, they have a R100 000 client. Even with all the incessant narrative breaks, the storyline is never well-displayed. In fact, there are many different storylines cascading, to the point of the film feeling like a serial of different shorts, and not seemingly deliberately so.

A hallmark of filmmaking is to show, not tell. Matwetwe shows very little and tells even less. What happens from scene to scene just happens and we find ourselves elsewhere in the film without much pretense. For much of the film, conflicts in Matwetwe are magically resolved, without much opportunity for tension and rising action. Conflicts are suggested, but ring hollow and are easily resolved.

There is a magic trick at play here, some divine capacity for things to just work out in certain ways without much explanation. This sort of cinema is awkward because it is simply unbelievable. We become immediately aware that this is a movie-world and the lack of internal logic means we can’t try to figure things out. So we disinvest from the film and its conflicts, perhaps only laughing at some of the jokes we find funny and maybe relating with some of the absurd chain of events we witness. Film shouldn’t rely on this kind of concealed magic. It should show us its tricks, tell us its story. 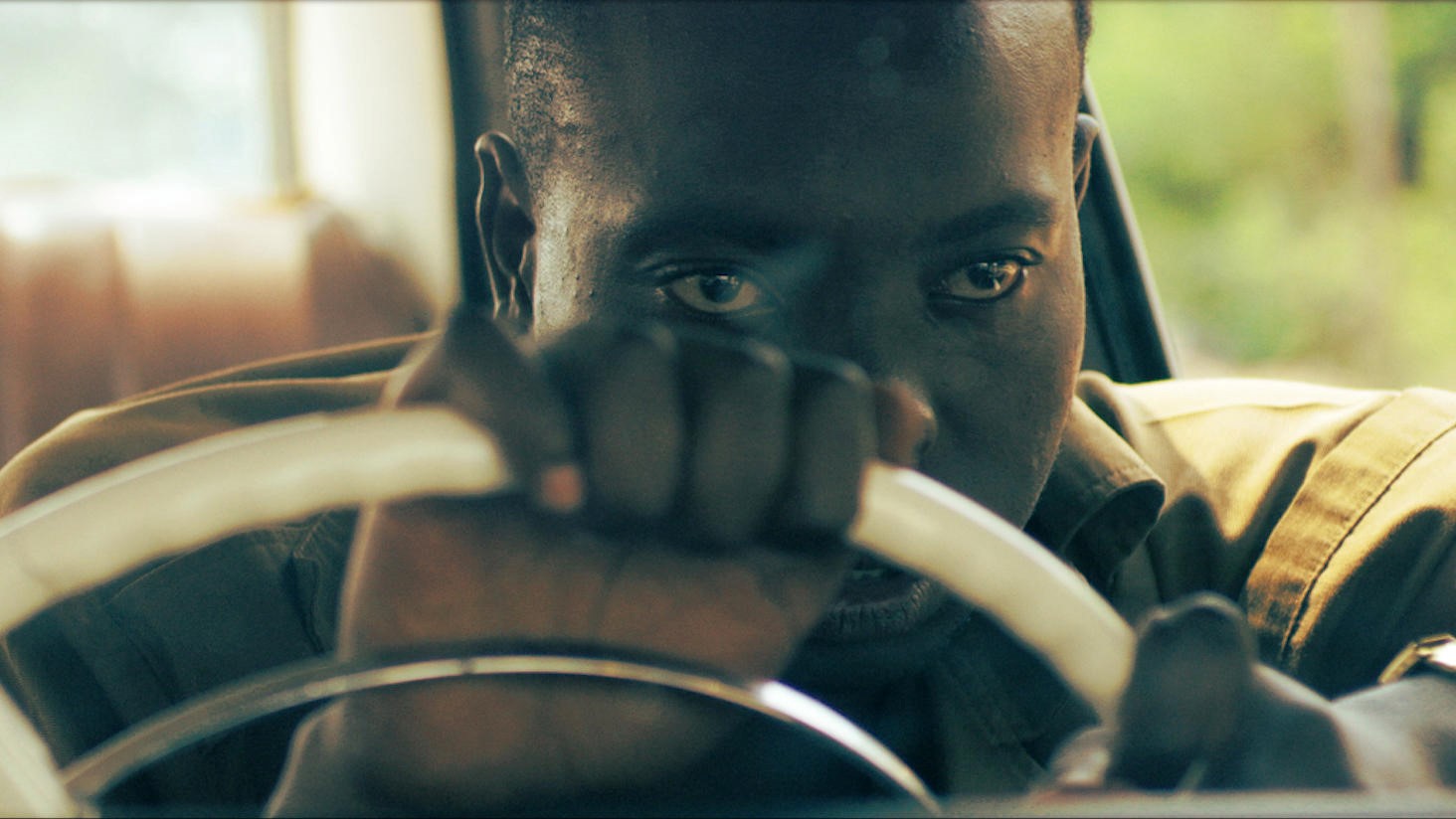 Set in Atteridgeville, what audiences might appreciate from Lediga’s film is its inclusion of social issues, like gang violence and the drug trade. The film could, however, benefit from more nuanced portrayals. It is not uncommon for film and television to enter the arena of commentary. But how that commentary is performed is important. For instance, the film seems to use mental ill-health as a comedic cushion in the form of a character who believes their cardboard wheel cut-out is a real car. Another character, with clear mental health issues, has seemingly murdered their wife. Both of these stereotypical and harmful portrayals of neurodivergence contribute to painful stigma and discrimination against people living with mental illness.

Matwetwe packs many punches, but most of them are weakly handled. Lefa’s father promises to pay his school fees, but is also an absent parent. The film’s synopsis mentions this but the film dedicates a minute-or-so to discussing his father and never returns to that angle. Papi’s mother, Ziphora (Masello Motana), seduces Lefa. Papi’s sister, Agnes (Anastasia Augustus), is a young teenager partying with non-minors and drinking alcohol. Who knows what is going on with Lefa, someone who has been accepted to study botany at the University of the Witwatersrand, who is also (for some unexplained/unshown reason) itching to make lots of money. Then there is Lefa’s love interest, who is hastily introduced and then forgotten. The film has so many focus points, that it ultimately has none. 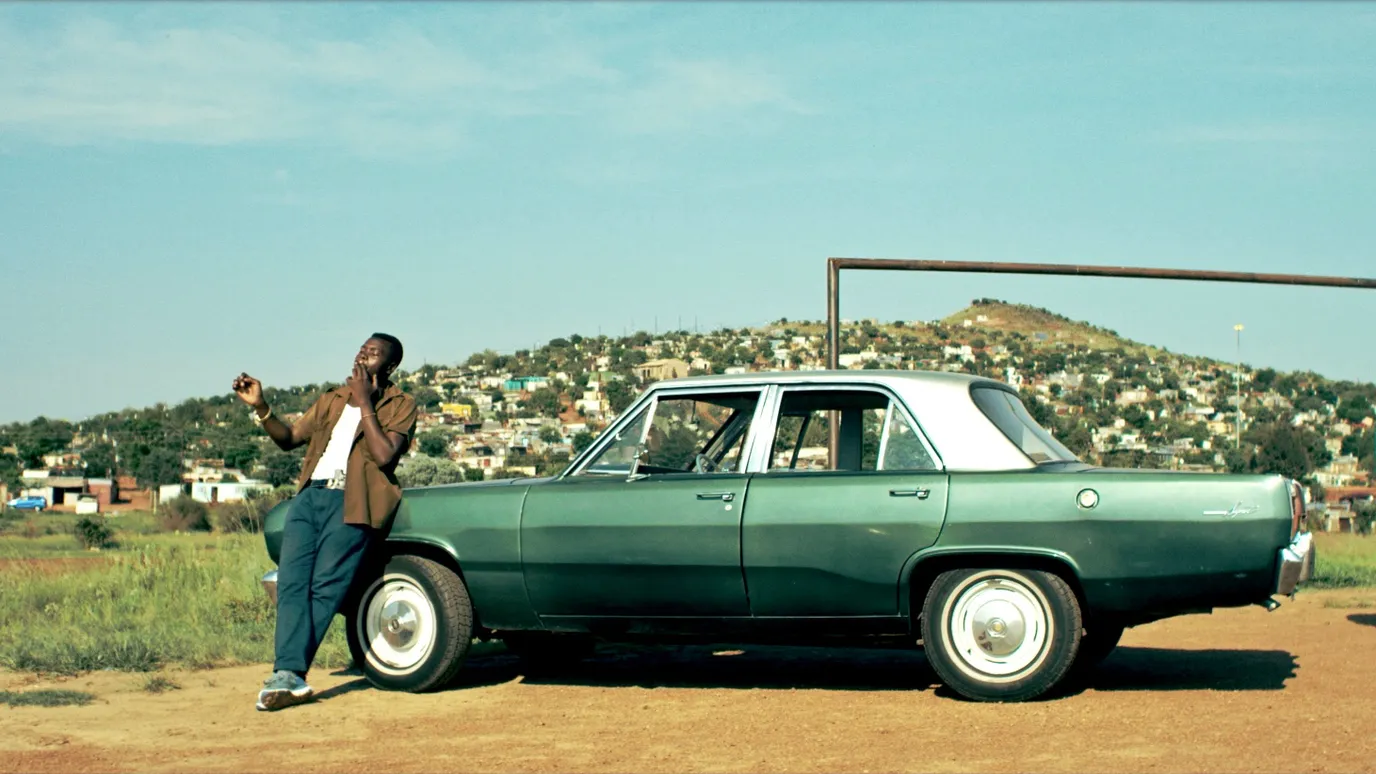 THE MAKING OF A PATRIARCHAL MAN

A strong element of the film was the portrayal of Papi, Lefa’s wealthy best-friend. Papi carries himself as a would-be gangster, objectifying women, glorifying violence, and internalising expressive emotions. At the same time, he is completely not adept at playing the tough-guy role, being emasculated by both his disobedient younger sister and contemptuous mother, the primary women relatives in his life. Rather than address those insecurities, Lefa attempts masculine identity by picking fights, sexualising women and performing arrogance. 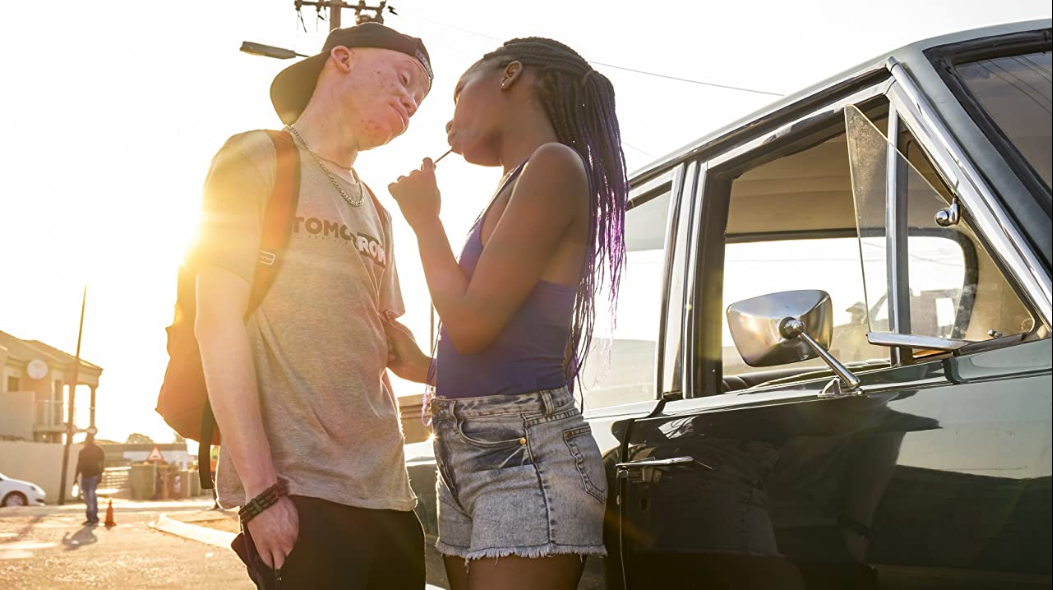 The exception to this persona is in the interpersonal relationship between Papi and Lefa, wherein we see a much more feeling and caring Papi. The film flips this relationship on its head when Lefa finally reveals to Papi that Lefa was seduced by Papi’s mother. Now, we see the complexity of Papi’s character explode. Usually a talk-tough do-nothing wanna-be, Papi finally grows fully into his violence. Regardless of the fact that Lefa has been Papi’s friend their whole life and his closest confidante, Papi beats down and then shoots at Lefa. The film does not show clearly if Lefa is killed, but such can be assumed. If anything, the person Papi might have become was certainly destroyed. And thus the making of a man who gives himself over to violence and patriarchy.

At the same time, the film fails to give women much agency. Not once are we given a woman's perspective on anything much. Almost all the women portrayed in the film are one-dimensional sexualised characters, with very few lines. Why does Papi’s sister want to go out and drink? Why did Papi’s mother seduce Lefa? What is the story of the woman who was killed by her husband? Why do both of Lefa’s love interests behave in the way they do? Why does Meisie (Mimi Mamabolo) join the gang? The film never endeavours to give voice to these answers.

In fact, the film rarely ventures past the shallowest of commentary, comedy and drama. Matwetwe can still be appreciated for the magical adventurous film that it is. But audiences could have been shown much more from this story.