Is Kwesta da King of Afrikan or Katlehong Rap?

Kwesta, real name Senzo Vilakazi, the dude from the township of Katlehong, Gauteng, South Africa - popularly known as K1- who made good, recently dropped his fourth major album titled g.o.d. Guluva after a five-year hiatus. For the first time in his checkered career, the release is executed under his own (hopefully) label, Dope Dreams.

At the beginning of his career, he dropped his first release under Buttabing, Slikour and Shugasmakx’s (of Swatta Kamp) label. And then Kwesta delivered his next two releases through Nota’s (real name, Nhlamulo Baloyi) Urbantainment including the highly successful Dakar II which was garlanded with five South African Music Award (SAMA) gongs at the 23rd edition of the annual award ceremony.

After the deluge of awards, Kwesta could do no wrong, at least, musically. He went on to feature on several well-appointed collabs that kept him firmly lodged in the public eye, but he largely kept off the sleaze and smut that goes with celebrity culture. He was, so his publicity machine would have us believe, a wholesome guy, a role model for upcoming youth in the perennially afflicted South African townships. To prove the point, he married his long-standing sweetheart and added a baby girl to his growing family. Businesswise, he seemed to be progressing as well. The public was made to believe that the rap-oriented label RapLyF was his and Kid X’s alone.

And then this year, when he was about to launch his most recent album, it came to public notice that he wasn’t granted access to his YouTube channel which was apparently controlled by Urbantainment, his former label. And then the speculations began. “Who was Kwesta signed to?” “How much of his business does he own and control?”

South African rap culture and business mimic what happens in the United States. In the US capitalist belly of the beast, the predatory nature of the game is all too familiar. To possess talent is one thing. To know and master the game is quite another thing entirely. Niccole ‘Nikki’ Gilbert of the iconic 90s R&B group, Brownstone, cautions that if you have talent and you’re not able to play and master the game, then it is better to do your singing or whatever as a hobby and nothing more. Or else you’d be set up to be chewed and spat out like gob. 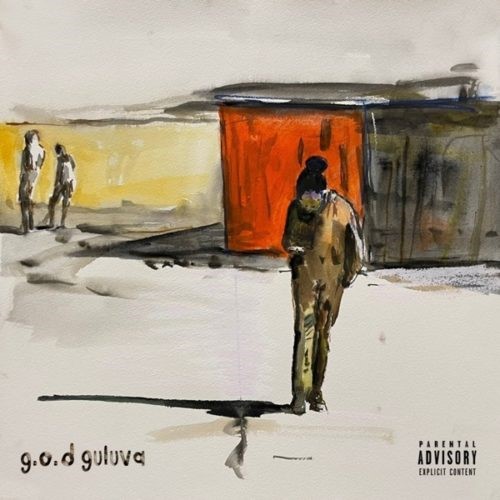 An artist is viewed as a product, a business proposition, to be exploited, manipulated and primed for the assembly line. No more no less. During his come up, a mystique was built around Kwesta. He was made out to be a ‘hood poet forever loyal to the code of ekasi. He seemed billed for solid OG status at the end of his run in the game.

But alas, it seems the dude behind this fabrication was none other than Nota who handled his social media accounts and the humdrum task of plugging him to disc jockeys and media houses. Urbantainment, an independent label, had wanted to be a major label after all. Major labels adopt the assembly line format and procedure. Indies, on the other hand, are expected to baulk at the system, discover alternative ways of doing things and are consequently imagined to be significantly more innovative for the culture and business.

And then Nota begins yapping, “I own masters”, “I make millions in royalties”, “I own Urbantainment which owns masters”. And due to this situation, he assumes the role of an “authority” if not “the authority” in the game. He starts dishing out dirt on artists such as Stogie T, Nasty C, Cassper Nyovest and A-reece amongst others. Suddenly, he feels he has the right to issue directives on how they should conduct their affairs in the game. After all, he has proclaimed himself a millionaire, “he’s no joke” as he never fails to remind us. By his reckoning, he has to become a well-respected celebrity who is qualified to pontificate on the SA music scene in particular and the music business in general.

Without his usual crowd, hype and mystique Kwesta suddenly seems susceptible. He is once again reduced to being the simple guy from Katlehong; a humble, uncomplicated, beer-guzzling simpleton with hardly a viable, little business idea in his head other than living slightly above the average ‘hood rat.

Kwesta’s new album demonstrates a visible struggle for both emotional and aesthetic growth. Now a married man with two young daughters, he can no longer rap about an abiding lust for titties and booties. But unfortunately, this is the sort of fare that fills up dance floors in the clubs. In his album, there is a paucity of radio-friendly bangers in the normal sense of the term. So far, it has only charted in five countries notably, South Africa, Malawi, Zimbabwe, Namibia and eSwatini which is nowhere near A-reece’s seventeen countries charting mixtape, Today’s Tragedy, Tomorrow’s Memory, released earlier this year. In South Africa, g.o.d. Guluva has moved considerably fewer units than Dakar II and is nowhere as successful as Emtee’s first independent release, Logan which has charted in thirteen countries thus far. Except for the track, Fire In The Ghetto featuring Trouble, Kwesta seems to be struggling for vigour and inspiration. And the beats and production of the cuts are mostly unremarkable.

Perhaps the album isn’t as ineffectual as it seems. When Kwesta burst through the scene, it foretold game-changing possibilities, we figured him to be a cultural leader no less. So by those lofty standards, any work from him that doesn’t hold the promise of a seismic shift can arguably be deemed somewhat disappointing.

Instead, we see an artist questing for a level of emotional maturity that might be too soon in coming. The industry generally favours bangers about being strung out on lean which it peddles to youth demographics whose appetites, at this stage, are supposed to be insatiable. This lot isn’t ready for tales of inner evolution without the prerequisite ass-shaking. And so Kwesta is stranded in limbo; does he pursue his vision of emotional maturity at the expense of sweaty ass shaking or does he opt for the latter and be part of the anonymous multitude for a while until he eventually fades away? Indeed on the artistic front, he faces a dilemma as he also needs to master the business of the game overnight for the sake of his daughters and what could become his legacy.

But the game is replete with vultures constantly hovering over fresh and vulnerable talent as if they were full-blown carcasses in advanced stages of decomposition. And make no mistake, it is their duty to feast on such otherwise talented carcasses even if such talent happens to be none other than a Kwesta.

It seems on his own, Kwesta isn’t built for the game. Sure, he can rap and loves to rap but it is another matter if he can be a Christiano Ronaldo of the business end of the game. He had always felt too comfortable with players such as Nota handling his business. Admittedly, he was more at home in the studio, foraging for hits while others ran circles around him doing the business and plugging his hood flavoured tunes. This is the obvious truth about Kwesta’s career and where he stands in relation to a game built by predators for predators.

It all came full circle when Kwesta was recently a guest on Slikour on Life, a podcast for SA rap-heads. Once again, Kwesta reverted to the role of the boy from Katlehong while Slikour meted out a calm and measured verbal ass whipping, berating him for his shortcomings and inadequacies. In this almost painful-to-watch interview, Kwesta seems out of his league in the game and appears once again open for real guidance or predation. His journey so far demonstrates he wasn’t the sole creator of his success. Rather, many of his accomplishments are arguably due to those around him who believed in the Kwesta brand. And ultimately, this reality shows up the gulf and the relationship between art and business.

1
The Mystery of Nasty C’s Clout Chasing
2
Is Kwesta da King of Afrikan or Katlehong Rap?