One country after another is going into lockdown, to one degree or another. People are being told to avoid unnecessary movements, to avoid crowded areas, to self-isolate if they are at risk. But at the same time, millions of workers are being told to go into work, forced to use crowded public transport, to work shoulder to shoulder, increasing the risk of contagion. This is putting workers’ lives at risk, but they are also at risk of taking the contagion home and infecting their families, all for the sake of capitalist profit.

This is radically shifting the consciousness of the mass of the population. Workers want answers and they want them now. The question is posed point-blank: what is to be done?

Capitalism has utterly failed and is putting the lives of millions of people at risk. In such a situation, half measures and tinkering with the system are futile. Only drastic measures will suffice to avert the impending disaster.

The world is facing a catastrophe. The lives of hundreds of thousands, perhaps millions, of people are at risk. Even in the richer countries, where there is an advanced healthcare system, the situation is already reaching breaking point. But poor countries are faced with a nightmare of unimaginable proportions.

In such a situation, half measures and tinkering with the system are futile. Only drastic measures will suffice to avert the impending disaster. The truth is that the capitalist system is failing humanity. It will be exposed for the rotten system that it is. It is time for the working people to take their destiny into their own hands.

The COVID-19 pandemic is bringing into sharp focus the underlying economic crisis which had been brewing for some time. Now that process has been accelerated to the highest degree. The stock markets are crashing everywhere.

Companies are going bankrupt and millions of workers are already losing their jobs. What we are talking about here is not just a cyclical economic crisis but a deep depression along the lines of what happened in the 1930s.

Let us not forget that the depression of the 1930s produced revolution, counter-revolution and war. Today we are not at war in the military sense, but all the political leaders are comparing this to a war type situation. And if it is a war type situation then the working class must react accordingly.

At first, governments played down the epidemic. The primary concern of the ruling class was not to preserve the health of the people, but only to keep production going at all costs. Their aim was not to save lives but to save the profits of the banks and big monopolies.

This, and this alone, explains their criminal negligence and failure immediately to act to take the necessary measures to protect human lives. It has cruelly exposed the abyss between rich and poor, exploiters and exploited. Now they are rushing to make up for lost time. But it is a case of far too little and far too late. The virus has been allowed to spread like wildfire and it is having a catastrophic effect on people’s lives and on the global economy.

Workers face the horrendous dilemma of how to survive this crisis, both physically and economically. Hundreds of thousands are losing their jobs. Soon we will be talking about millions. Workers who have been deprived of their living will still have to feed and clothe their families, pay the rent or mortgage, while struggling not to fall ill.

In all countries, millions of people who normally take no interest in politics are anxiously following the news, scrutinizing carefully every measure their governments propose, what their bosses are doing, and what all the different parties, from the left to the right, are advocating. And very quickly it is becoming glaringly obvious that no one is really doing what is really necessary. In these conditions, consciousness can change with lightning speed. 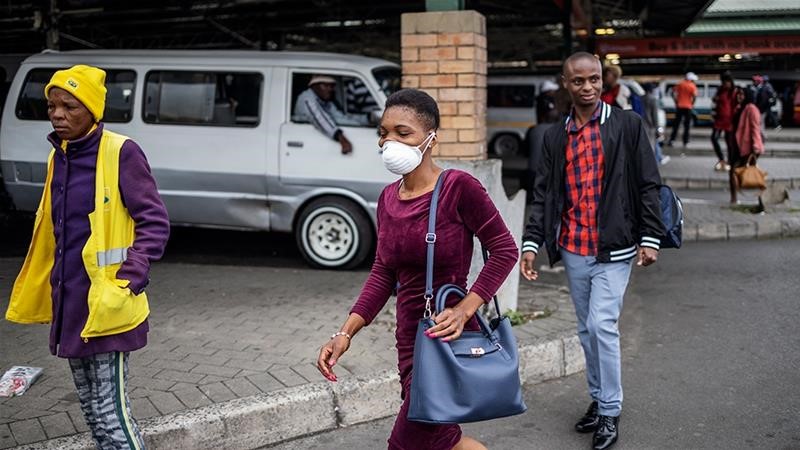 Capitalism Can Seriously Endanger Your Health

The crisis has revealed the incompatibility of the capitalist system with the health of billions of human beings. Decades of austerity have decimated the healthcare system everywhere. In those countries where there was a publicly funded, national healthcare system, this has been cut back year after year. Public health was starved of funds, while many services were privatised.

All this was done to cut what capitalists consider “unnecessary” spending. Hospital beds were reduced, as were the Intensive Care Units. The system is understaffed, the workforce overworked. This was done in order to compel people to seek private alternatives, opening up a very lucrative field of investment for private healthcare companies.

Coronavirus crisis has revealed the incompatibility of the capitalist system with the health of billions of human beings.

At the same time, the big private pharmaceutical monopolies were permitted to suck the blood of the health services, making vast profits out of the misery of the sick, old and vulnerable. All this must end now! The health of human beings cannot be determined by private interest. The profit motive must be removed altogether from health.

Our Demands Should Be The Following:

1. The abolition of private medicine and a fully publicly owned health service!

2. All privately held healthcare facilities must be nationalised without compensation and these facilities should be integrated into national healthcare systems.

3. There must be a massive increase in spending on the health services to meet the immediate needs of the crisis and provide an efficient and modern public health service, where the most up-to-date treatment and medication will be available free of charge to all on demand.

4. In order to solve the present shortage of hospital beds, hotels and empty luxury apartment blocks and mansions of the rich, should be requisitioned immediately and converted temporarily into hostels for sick people (a measure that was introduced in wartime Britain).

5. Simultaneously, a long-term plan of building new hospitals and increasing capacity significantly should be set in motion. This can be paid for by cancelling the apartheid debt.

6. An emergency plan should be immediately launched for recruiting and training of nurses, doctors, ambulance drivers and paramedics and all the staff necessary to run surgeries, clinics and hospitals. They must be provided with decent pay and working hours, instead of the present scandal where medical staff are being literally worked to death in order to make up for the shortages caused by years of criminal neglect under the so-called cutting the social expenditure policies.

7. They will tell us there is no money. But history tells us that there is ALWAYS money to be found to fill the pockets of the rich. Thus, for the past decades, there was austerity for the workers, but lavish handouts of public money for the CEO's and bankers – those same thieves who wrecked the world economy in 2008. Now history is repeating itself. Huge sums of public money are being shovelled into the coffers of big private companies, while millions of workers live in fear and poverty.

9. The priorities of their research, instead of producing cash cows that the companies have been milking for decades, should be dictated by the needs of society, not the profits of a handful of wealthy parasites.

10. All patents should be immediately released and all research should be made publicly available and shared across borders. This would enormously accelerate the development of new drugs, and once these are available, they should be supplied to all national health services at cost price, not at the exorbitant prices presently charged for important life-saving medicines.

If we adopt all these measures now, the worst effects of the present crisis can be averted and such crises can be avoided in future.

If social distancing measures are one of the tools for combating the spread of this virus, then this must apply strictly to ALL fields of life, and in particular to the workplaces. If this is truly the emergency and a wartime scenario, as we are told it is by governments, then emergency measures are required.

The bosses have shown that they are completely incapable of playing a progressive role. Supported by the state and the bourgeois politicians, they push workers, even in inessential industries, to continue work unabated. But this undermines all efforts to fight the virus. Hence, across the globe we are seeing strikes breaking out, by workers who are concerned about working conditions that threaten their lives and those of their loved ones. In more than one country (see Italy and Spain, but also North America) workers have successfully imposed the closure of some plants, at least for a period. ALUTA CONTINUA

1
Nationalise Healthcare or Perish
2
Coronavirus: A Fight Against Imperialism