‘To take part in the African revolution it is not enough to write a revolutionary song; you must fashion the revolution with the people. And if you fashion it with the people, the songs will come by themselves, and of themselves.’- Frantz Fanon, The Wretched of the Earth

If it were not for music, where would we be? Beholden by the screaming voices in our heads (or are they outside), around us, hungry, angry, tired? Would it be the clenching, grinding and gnashing sounds of our teeth because of the piercing-cold conditions brought into the uninsulated tin dwellings most of us call home? If not for music, would birds chirp the way they do? Would flowers be as colourful, they sky as blue, the grass as green? If not for music, would life be worth living? Thank the Black Gods we never have to find out.

‘UPRIZE!’, the original motion picture soundtrack to ‘UPRIZE!’ the documentary, is a reflectional musical ensemble based on the South African liberation movement. It bases its foundations and track titles, which include amongst others Bantu Education, Mangaliso Sobukwe, Sizwile, and The Black Consciousness Movement, on the political, social, cultural and economic climate that shaped the liberation movement, with a particular focus on the 1976 student protests, and looks at how those ideas and actions helped shape the democratic society we live in today. It pays homage to several of our struggle heroes, some of whom unfortunately seem to have died in vain. The musical ensemble, with the delicate vocals of Nonku Phiri and Malcolm Jiyane, explores much of South Africa’s treacherous path to ‘independence’ and prods at one to deeply reflect on how much things might have changed, but also forces one to look at how much they have stayed the same. 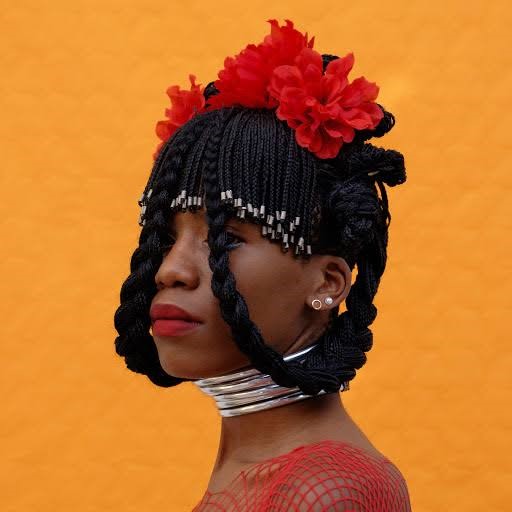 The musical body features a diverse host of musicians, a quartet if you like, who, like a puzzle, fit perfectly together. They include the band SPAZA, comprising of vocalist Nonku Phiri, vocalist, pianist and trombonist Malcolm Jiyane, percussionist Gontse Makhene, and bassist Ariel Zamonsky. Included also is an assemblage of pre-recorded apartheid era audio from the likes of Tsietsi Mashinini, Mama Winnie Mandela, Steve Biko and Mamphela Ramphele on the Black Consciousness Movement, and many more. The music meanders through the dark periods of Bantu education and the effects it had, ending with a piece titled ‘We Got a Lot a Work to Do’ signifying that the work of liberating Black people remains far from over. There is no obfuscation or ambiguity with regard to what the music aims to represent, for both past and present conditions. It is resistance music, protest, and liberatory; the music calls together the achingly tired peoples of this land to reflect on the horrors they have had to endure, and how much they have had to overcome, notwithstanding how much things have remained the same; with the promise that together we will overcome.

Soon after the ‘UPRIZE!’ soundtrack was released, Malcolm was offered an opportunity to record and release his own album. He took up the opportunity without hesitation, with his band the Tree O, and from this his debut album ‘UMDALI’ was born.

Melancholy and deep trauma define the track Life Esidimeni. It is inspired by the senseless and devastating loss of life of 144 of some of the most vulnerable mentally ill patients in our society, thanks to the cruel and inhumane decisions of the Gauteng Department of Health. The marriage of the instruments is intrinsic to the emotions it evokes. It not only reflects on how government officials have failed the people of this country, but it is angry and frustrated that our present society would let such a vicious occurrence manifest. This comes out in the sound of the horn, providing a mezzo forte. The song makes an impassioned plea to the state to change its ways, to look its people in the eyes and account for its ills and give them what they were promised. Land, freedom, equality, quality health care, adequate housing, social security and dignity. This hits ever more sharply considering the scandals that have surrounded the mismanagement of funds that were meant to provide relief following the devastating effects of the Covid-19 pandemic.

The late Moses Taiwa Molelekwa inspires the last song on the album. The renowned pianist and jazz musician, whose legacy lives on in many that have come after him, features significantly in the South African jazz tradition, and this is one of the songs that pay homage to him. The keys in this song make a telling contribution, almost classical in nature. Malcolm alludes to Moses as one of his inspirations and favourite pianists. The song somehow manages to uplift while maintaining the melancholy of the overall theme of the album; because in death and dearth, there remain reasons to celebrate. Parts of it have an upbeat energetic tempo while, later in the song, it gradually simmers down, with the vocalists thanking Moses for his contribution and continuing to celebrate his life.

This album is an exceptional contribution to the vast jazz tradition South Africa is known for. It fuses in it the classical jazz tradition while maintaining its uniqueness. It is conscious of and alive to the society it finds itself in, and stands up to its ills through its melodic contribution. It does not stand by silently. Both albums represent the resilience of Black people of this country. The music in the offerings somewhat resembles a collective exhaling, because it represents real-time pain and loss, and yet provide comfort; because both offerings land as soft as a mother nursing their new-born baby. Since time immemorial, life has never been undemanding for Black folk. ‘All our lives we’ve had to fight’. Shameful. Neo-liberal, neo-colonial, anti-Black capitalist (non) leaders and their warped political stances take centre-stage in what is a theatre where we are made puppets, parading our labour for their pleasure. Then, in this whole discombobulation we find ourselves in, light shines through the crevices. The light becomes those who generously offer their gifts of music and sound, and provide us with what wants to resemble hope, a fighting spirit, a sense of belonging, and reassurance that we are not alone. Also, an acknowledging that the struggle is heavy and exhausting, but also that the future will God-willingly bring calm. For this we give thanks but, things must get better, and through it all, we Blacks, we, each other, are all we have.

With this in mind, on the 12th of March, the Joburg Theatre will host the Kulture Blues Festival which will be featuring Malcolm Jiyane and the Uprize ensamble, Tumi Mogorosi & Gabi Motuba, as well as Luyolo Lenga. M’Afrika, do not dare to not be there!

1
From Your Lips To My Soul: A Soulful Instrumental Connection
2
Midnight Train to Makhanda – Makhafula Vilakazi
3
URIZE! and UMDALI @ Joburg Theatre: A Live Musical Assemblage