On 24 August 1978, an international Black beauty queen was found shot dead between her eyes - execution style.

She was Nobantu Faith Mpondo from Gqeberha. The dark-skinned beauty preferred to keep her hair somehow natural. Her beauty and bubbly personality really turned both black and white eyes. Her bubbly personality earned her the name Bubbles, and therefore became widely known as Bubbles Mpondo.

She had just graduated as a nurse but still felt she needed a much more exuberant career.

Like all the hustlers of that time, you had to go to Johannesburg if you wanted to catch the light of fame and success. In 1976 during the height of the June 16 Uprisings she left iBhayi and went to Jozi where she won the Miss Soweto beauty contest. 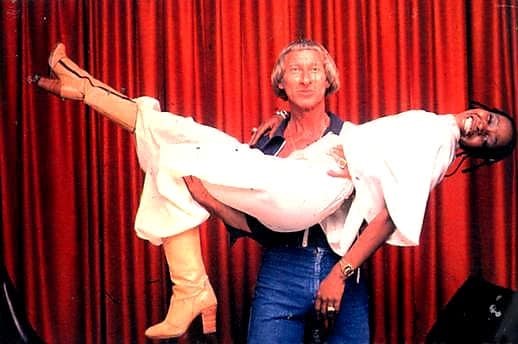 That natural beauty blinded the eye of the offspring of racists and National Party members. He was Jannie Beegte, a world-renowned professional body builder. On first sight, love became "blind". The relationship of their son with a "kaffir” really annoyed the racist family to the extent of publicly disowning their son to distance themselves from such "disgrace".

While the white son was rejected by white racism, you can imagine how Black Power felt about the Black sister who crossed the bed.

As it was then expected, the defiant love birds were harassed and arrested a number of times for doing what white supremacy regarded as "immoral". They were convicted under the Immorality Act and sentenced to a suspended 8 months.

Immediately thereafter, they announced that they were going to marry. They also had plans to go abroad. That was when they were found dead with gunshot wounds. Bubbles was shot once between the eyes for committing this "immoral act".