Unlearn chronicles the travails and struggles of a young lady, Angel Mojapelo, who is deeply wrought in the darkness of depression and anxiety. Mojapelo uses stand-up comedy as a coping mechanism to deal with her parents’ failed marriage and unfulfilling career choices. She attends a friend’s party which sets in motion various events that change her life dramatically.

Written, produced and performed by MoMo Matsunyane, the play intends to highlight the effects of suffering from mental illness as well as interrogate the female body as a site of violence.

The production is guided by the direction of considerate and probing director, Khutjo Green.

The play also seeks to find ways of unlearning inherited toxic behaviour. What happens when a daughter’s trust in her father is lost? How does that affect how she deals with other men in her life? As a direct result of her parents’ failed marriage and her father’s lack of empathy, she develops an anxiety disorder and depression. She refuses to see a therapist because therapy failed for her parents’ marriage. Comedy is a huge part of the play as it allows our protagonist to escape her burdened life.

“Unlearn is a story about a complex layered young woman who, after a night of euphoric freedom and an unexpected turn of events, decides to make a choice that would spiral into a frenzy of questions about what really did happen? It was very important for me to explore the notion of warped time and the unending knock-on effects that circulate in ourselves and those around us when we don't deal with the mental, behavioural and environmental issues that often times we don't have names for. Life is a merry-go-round and the vision for the show is and has always been about exposing the internal functions of emotions, bringing them to the fore and allowing them to have a voice alongside the physical body and text. Emotions dance. Emotions have a language and physical expression and in this piece we explore and play with the often unseen effects when people are dealing with anxiety and depression. And this is what I believe audiences will resonate most with. Their internal worlds collectively exposed and experienced.” – Green.

Born in 1988 to Penny and Neo M Matsunyane, MoMo has always been passionate about the arts. Starting at 6 years old she took part in many school musicals, plays through her schooling career. She eventually went to study and obtained a BADA (Hons) Degree at Wits University. After graduating in 2012, she was cast in the Shakespeare in Mzansi four part mini-series Dreamworld in a leading role as Neli, which aired on SABC 1. The show enjoyed a second season in 2016.

In 2013 she co-starred in a short film for M-net’s: Lokshin Bioscope Series called My Name is Sam. She also performed in the leading role at the National Arts Festival in Wednesday Night directed by Standard Bank Young Artist winner for Drama in 2012, Princess Mhlongo. In the following year, 2014, Matsunyane played the lead in a feature length film called When Love Hurts for Mzansi Bioskop. She also played a supporting role in the film Ayanda directed by acclaimed filmmaker, Sara Blecher. This film was released in cinemas in 2015. In that same year, she co-starred in the feature film The Call alongside World War Z South African actor, Fana Mokoena. The film won Best International Film at The Rapid Lion Festival in 2017. Still in 2014, Matsunyane also played Zandile in the South African classic, Have You Seen Zandile? Which enjoyed a successful run at The Market Theatre. Her performance gained her two Naledi Theatre Award nominations (Best Actress in a Leading Role and Best Breakthrough Performance by an actor). In 2015, she performed in Animal Farm, which sold out at The Market theatre during its entire run. Matsunyane was nominated for her performance in Animal Farm in the South African Theatre Magazine Awards for Best Supporting Actress. The play went on to win two awards at the Naledi’s; Best Ensemble as well as Best Show for young audiences. It was produced by Shakexperience. In 2016, she co-directed a new play called Tau with rising director Thabiso T. Rammala which won at The Zwakala Festival and enjoyed a sold out run at The Market Theatre in August. The play went on to be nominated in 7 categories at The Naledi Theatre Awards and won 3 for Best Ensemble, Best Lighting and Best Choreography. In the same year, Matsunyane also directed Mooi Street Moves by Paul Slabolepzsy for The State Theatre. Popular television actor, Motlatsi Mafatshe was nominated for a Naledi Theatre Award for his performance in the show.

In 2017 she played Kamma in a new play by Standard Bank Young Artist Winner for Theatre, Monageng “Vice” Motshabi and won an award for Best Supporting Role by An Actress in the SA Theatre Magazine. In 2018, she performed in Tsotsi The Musical at The Artscape Theatre in Cape Town and received a Fleur Du Cap Award Nomination for her portrayal of Miriam. Matsunyane started 2019 with a bang after establishing her own production company called MoMo Matsunyane Productions which debuted its first production, Dick Or Date? which played to sold out houses at POPArt and The Market Theatre Laboratory. She also starred in the production alongside Kitty Moepang and Lillian Tshabalala with whom she co-wrote the play. In August this year, Matsunyane will star in her self-written and produced play Unlearn, which will be directed by Khutjo Green. 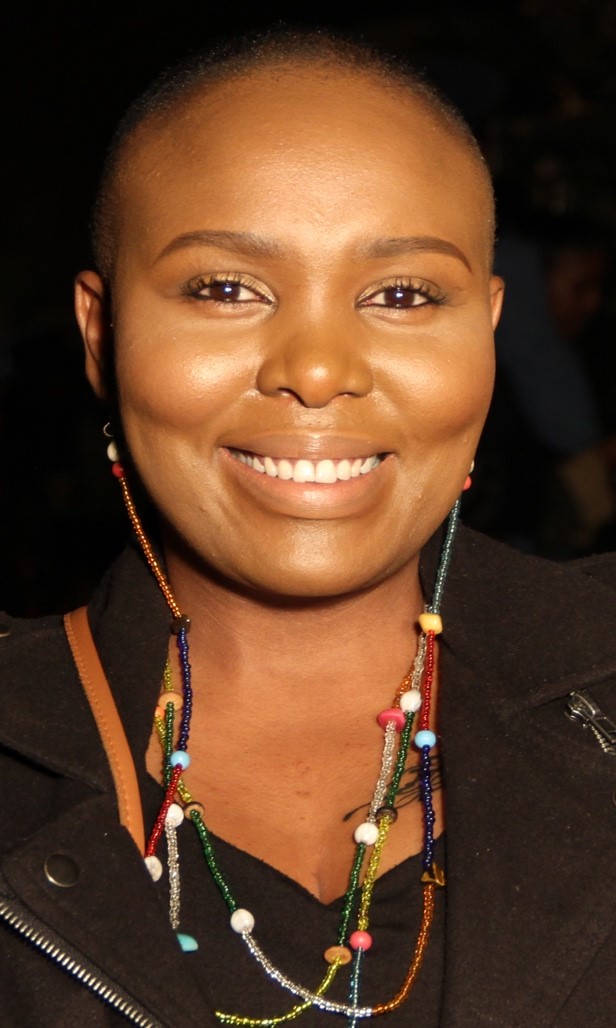 Some of her directorial highlights include Have You Seen Zandile? Which played at The Market Theatre in 2014, Kochira and For Coloured Girls at NAF in 2016, Mirage at POPArt and The Olive Tree Theatre in 2018, Samuel Beckett’s plays at The Centre Of The Less Good Idea by William Kentridge in 2017, How To Crack A Coconut at The Market Theatre Laboratory and POPArt in 2019 as well as Little Red Riding Hood And The Big Bad Metaphors written by Mike Van Graan at the 2019 NAF as well as at The Hilton Festival.

Khutjo Green has also appeared in several films and television shows like Generations: The Legacy, Isithembiso, Guilt, Broken Vows, Zabalaza, Skeem Saam, Magenge, Valhalla, Catch a Fire and Imali Yegazi just to make a few. It seems there is no stopping this determined, passionate and committed multi-talented artist.

“UNLEARN” will be running at the Market Theatre from the 7th August- 11th of August 2019. Tickets are available at Website: Webtickets